All patients received 100% of the intended stimulations, with no reported deaths, stimulation site reactions, or any cases of acute coronary syndrome or symptomatic intracerebral hemorrhage. 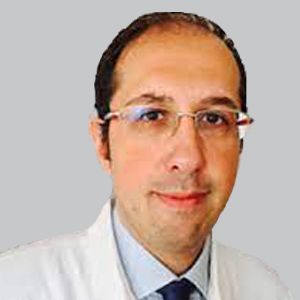 The findings were presented at the 2022 American Academy of Neurology (AAN) Annual Meeting, April 2-7, in Seattle, Washington, by lead author Ethem M. Arsava, PhD, professor of neurology, Hacettepe University. After previously showing efficacy in treating conditions such as migraine and other sleep disorders, this marked the first study demonstrating gammaCore’s feasibility among patients with stroke.

In total, 60 patients with ischemic stroke and 8 patients with hemorrhagic stroke completed the study. Patients were randomized to either low- or high-dose nVNS or sham within 6 hours of stroke onset. For those on sham, they received 7, stimulations of 2 minutes applied to their skin overlying the vagus nerve every 10 minutes for 1 hour, whereas those in the high-dose group received 14 stimulations of 2 minutes every 10 minutes during hour 1 and hour 5. Safety outcomes were evaluated 2 and 5 minutes after each stimulation and 30 minutes after the final stimulation.

At baseline, characteristics between the sham (n = 22) and nVNS (n = 44) groups did not differ. Following treatment, bradycardia (≤50 beats/min), one of the study’s primary safety end points, was observed in 2.9% of those on sham and 3.1% of those on nVNS (P = .965) and was considered not significant. Similarly, hypotension (≥20-mm-Hg reduction in arterial blood pressure), occurring in 1.1% and 2.5% of sham- and nVNS-treated patients, respectively, was also not significant (P = .145).

The use of VNS to treat stroke is not an entirely new concept to the field. In August 2021, the FDA-approved MicoTransponder’s Vivistim Paired VNS System for the treatment of moderate to severe upper extremity motor deficits associated with chronic stroke, the first of its kind to receive this indication. The Vivistim System features an implantable pulse generator (IPG) that is placed just under the skin in the chest of the patient. Attached to the IPG is a lead wire that leads up to the electrodes placed on the left side of the neck.2

Placed on a patient’s neck over the vagus nerve, the gammaCore device aims to stimulate the nerve’s different fibers. When it received its original FDA greenlight, it became the first noninvasive hand-held medical therapy applied at the neck to treat migraine and cluster headache. Since then, it has gained expanded indications to acutely treat pain associated with episodic cluster headache, and the acute and preventative treatment of migraine in adolescents (ages 12 years and older).

In September 2021, the device received FDA approval to treat patients with paroxysmal hemicrania and hemicrania continue in adult patients, making it the first treatment—drug or device—to be approved for these patient populations.3 Data from multiple clinical audits and case series/case reports, including one which found more than three-fourths of the cohort to benefit from the device, were the basis for that decision.