In an AAN 2022 Hot Topics plenary session, Miranda E. Orr, PhD, highlighted the potential of targeting senescent cells with senolytics as a therapeutic approach to age-related diseases such as Alzheimer disease, and detailed the ongoing phase 2 SToMP-AD clinical trial (NCT04685590). 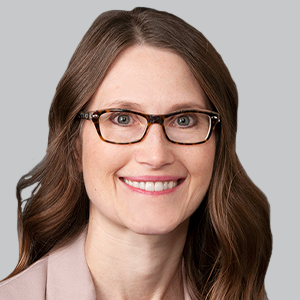 In neurologic medicine, the long-sought holy grail of therapeutic intervention has been to halt, prevent, or reverse neurodegenerative processes. For many populations of patients, including those with Alzheimer disease, biological aging remains the greatest risk factor for the development and progression of their conditions. But, despite years of efforts to intervene in these diseases, not much success has been found to this point.

Although, this does not mean there is no hope for the future. Years of failures have not been for naught, as massive progress has been made in the understanding of disease mechanisms and potential approaches to them. In the Hot Topics plenary session of the 2022 American Academy of Neurology (AAN) Annual Meeting, April 2-7, in Seattle, Washington, Miranda E. Orr, PhD, offered insight into one area of knowledge that has now shown the potential to treat age-related diseases.

“One in 3 seniors dies with Alzheimer or another form of dementia. To put this into perspective, this kills more than prostate cancer and breast cancer combined, and of all risk factors, age is the number one greatest risk factor,” Orr, who is an assistant professor of gerontology and geriatric medicine at Wake Forest School of Medicine, said in her talk. “But interestingly, research is showing that decades prior to the clinical symptoms, there are changes that are happening in the brain. So, if we can understand this aging phenomenon, there is potential, perhaps, to intervene. So how do we do that? How do we target aging? We can gain lessons from the biology of aging field.”

Orr explained that those studying this biology have identified fundamental processes on a cellular and molecular level that occur throughout human bodies as they age, processes that are conserved across species. Notably, though, these processes not only occur with aging but drive it, pointing to the potential of appropriately intervening in these processes to delay aging phenotypes and prevent pathology.

“This is really important because as older adults age, very rarely are they suffering from only one problem,” Orr said. “In fact, older adults with Alzheimer disease suffer from more comorbidities than age-matched older adults without dementia. The geroscience approach is testing whether or not, if we target fundamental aging processes, we can slow aging down in the entire organism.” 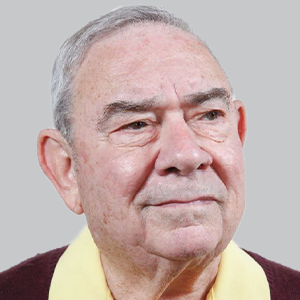 Leonard Hayflick, PhD, first identified cellular senescence in the 1960s, and in the years since this discovery, a variety of biomarkers—including SA ß-gal1, CDKN2A/p16INK4a, senescence-associated secretory phenotypes (SCAPS), and senescence spread—have been identified in vitro, as well as in vivo evidence of the processes. The in vivo evidence has included data suggesting that clearing these cells can ameliorate progeroid phenotypes and extend healthspan and lifespan.2,3

“Where my research and my teams entered this field was asking, do senescence cells accumulate in the brain and do they have any impact on neurodegeneration? We're really interested in neurons with neurofibrillary tangles because neurons neurofibrillary tangles are arguably one of the most stressed cell types in the brain, but they don't die,” Orr said. “In fact, they're predicted to survive up to 20 years, and they’re the closest correlate with disease severity, meaning the more neurofibrillary tangles there are, the worse the dementia and the greater the neurodegeneration. Yet, neuron loss exceeds tangles by orders of magnitude. These features are common in cellular senescence.”

Orr described how she and colleagues recently identified that roughly 2% of brain cells were senescent in a cohort of 140,000 single cells derived from 76 postmortem human brains with various levels of Alzheimer disease pathology. Primarily, she added, these were excitatory neurons with neurofibrillary tangles. Using these data, Orr and colleagues were able to identify new biomarkers, including p19, which have allowed for deep profiling of these cells and the microenvironment in which they function.4,5

These advances, Orr explained, have led to further questions about the timing of the appearance of senescent cells and the differences between these cells in those with and without dementia, as well as compared with those who are cognitively resilient. Recently, her group has found that there are subtle differences in neurons with neurofibrillary tangles between demented and nondemented individuals.

“But really, the gold standard will be whether or not clearance of senescent cells in clinical trials has any impact on the onset of phenotypes,” she said. “A question that I get asked a lot is: Are you really proposing to clear neurons and grow degenerative disease? And right now, the answer is yes.”

Orr explained that the working model is that microglia will phagocytose neurons with tangles, that expose phosphatidylserine on their membranes, a similar strategy to peripheral cells signaling to the immune system. The difference in this instance is that these senescence cells are stressed, but cannot die, and thus they upregulate prosurvival pathways when they are not cleared. Additionally, work has shown that when microglia engulf the senescent neurons, the microglia become senescent and can no longer clear the brain microenvironment. “Moreover, they begin secreting molecules that are very toxic to neurons. So, we have this amplified pathogenesis,” Orr said. 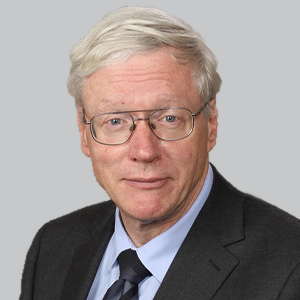 This has led to the therapeutic approach of senolytics. James L. Kirkland, MD, PhD, and colleagues at Mayo Clinic, have screened a variety of compounds and cells in culture and found that dasatinib, a broad-spectrum tyrosine kinase inhibitor, paired with quercetin effectively cleared senescent cells in cultures, as well as in mice, leading to improved outcomes.6,7 Notably, Kirkland and colleagues are conducting a clinical study to evaluate the safety and feasibility of using dasatinib and quercetin together in individuals with mild cognitive impairment (MCI) or Alzheimer disease, called ALSENLITE (NCT04785300).

“We were really interested in dasatinib and quercetin because it crosses the blood-brain barrier, and so we tested these in our tauopathy mice. We saw a reduction in neurofibrillary tangles, we saw reduced neuroinflammation, we saw a reduction in brain atrophy, and we saw improvement in blood brain barrier function,” Orr said. “That same year, one of my colleagues at Wake Forest, Jamie Justice, PhD, published the first version of our trial showing that dasatinib and quercetin are safe.”

Thanks to these preclinical data and safety data in humans, Orr explained that her group has received funding from the Alzheimer's Drug Discovery Foundation for their own multisite, phase 2 trial to test this approach in older adults with amnestic MCI and early Alzheimer disease. This work is preceded by an open-label pilot study conducted by Mitzi Gonzales, PhD, ABPP-CN, and colleagues at UT Health, called Baby-SToMP, which published results in the Journal of Prevention of Alzheimer Disease in 2022.8 IN that pilot study, the group observed blood-brain barrier penetrance with dasatinib, as well as safety, and the approach was well-tolerated in patients. “Cognition is stable, and we are in the process of measuring senescence biomarkers, the brain imaging data, as well as lipidomics, aging biomarkers, and Alzheimer biomarkers in CSF and blood,” Orr said. 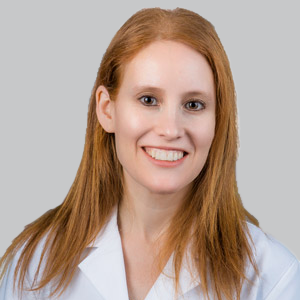 This new trial, dubbed the SToMP-AD clinical trial (NCT04685590), is a 48-week study with 13 study visits, which will enroll adults ages 60 years and older with amnestic MCI or early Alzheimer disease, who have elevated tau in cerebrospinal fluid (CSF). At baseline, the group will conduct a battery of cognitive testing and assess blood and CSF for baseline senescence burden, prior to tau PET and MRI imaging. Then, individuals will be randomized to either receive a placebo or dasatinib and quercetin for 3 months.

Over the course of the 9-month period, every 3 months, patients will have cognition measured as well as blood to observe the return of senescence cells and the processes driving that potential return. “Our primary outcome is change in senescence pre- and posttreatment, and our secondary outcomes include the change in cognition across the study and change in tau deposition by tau PET,” she added.

Orr noted that there are several other trials underway that are targeting senescence cells for different age-associated phenotypes, and while her group is focused on senescent cell accumulation in the brain, these senescence cells accumulate in all tissues as we age, she anticipates that there will be much more research in the area in the coming years, with many biotechnology companies now investigating this approach.

“Age is the greatest risk factor for developing Alzheimer and many other chronic diseases and there are advances in the basic biology of aging that are unveiling new therapeutic targets,” Orr concluded. “Removing senescence cells with intermittent senolytic therapy has improved clinically relevant outcomes in multiple animal models—amyloid animal models as well tauopathy models. The senolytic therapy dasatinib and quercetin are safe and well-tolerated in humans and have reduced senescence-associated inflammatory markers. Our small, open-label pilot on 5 subjects fully supports the phase 2 testing, and so we are currently enrolling in our study, SToMP-AD.”