Katrina Celis, MD, a postdoctoral fellow at the University of Miami Miller School of Medicine, discussed how ancestral genetics can play a key role in Alzheimer disease risk. 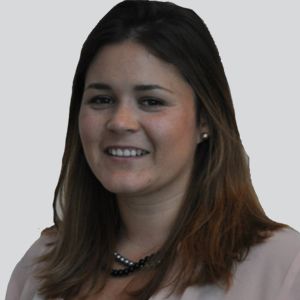 Celis, a postdoctoral fellow at the University of Miami Miller School of Medicine, and colleagues aimed to identify the cause of this protective effect in African Americans in hopes of ultimately using it as a therapeutic intervention to lower the risk in European carriers of the gene. The results showed that the increased risk of AD was due to an increase in APOE ε4 expression, and that genetic expression is strongly associated with a large increase in potentially reactive A1 astrocytes.

In an interview with NeurologyLive, Celis stressed the importance of diversifying populations included in clinical research and how it can impact the results of Alzheimer disease drug testing.

NeurologyLive: Can you outline your study and its importance for clinicians?

Katrina Celis, MD: Our study focuses on using single nucleus RNA sequencing to compare genetic expression profiles using autopsy brain samples from individuals with AD with either European or African local ancestry, who are carriers of the homozygous APOE ε4 gene. Our study is important to clinicians as the therapeutic question concerning APOE ε4 has fallen into 2 possibilities. One, that the risk from APOE ε4 for AD could be due to this gene being inefficient or unable to produce the normal function. If that’s the case, then increasing the expression of APOE ε4 will be therapeutic. On the other hand, if the APOE ε4 is the 1 causing the problem, then the opposite approach would be to reduce the expression. Our latest findings suggest that the reduction of APOE ε4 will most likely be the therapeutic choice.

How does this genetic risk factor lead to potentially higher risk of Alzheimer disease for some populations?

We have previously shown that the difference in AD risk from APOE ε4 for carriers is associated to a local ancestry region. In other words, to the specific genetic regions surrounding the APOE ε4 on chromosome 19. In that study, we found that if an individual inherits the APOE ε4 gene from an African ancestor, they have a reduced risk compared to the Europeans and Japanese. We don’t know the protective effect or the protective genetic factor in this case is just yet. That’s the main reason why we wanted to do this study. We do know that the structure of APOE ε4 protein is not different from different ancestries. We believe that the difference relies on how either the APOE ε4 gene or other genes within the region are regulated between ancestry. Our latest finding, suggesting that European carriers have increased APOE ε4 expression compared to Africans fits within this hypothesis.

Could, or should, this change the way clinicians prepare individuals of different backgrounds for later-life cognitive issues?

Our results are preliminary, and as of now, they do not change the way clinicians should care for their AD patients. However, it is important for clinicians to realize that it matters from which ancestor an individual inherits their APOE ε4. This is particularly important for patients that are either Hispanics or African American, because they could inherit the APOE ε4 allele from either their African, European, or Amerindian ancestry. For example, an African American who inherits the APOE ε4 allele from their African ancestor has a reduced risk compared to Europeans and Japanese. On the other hand, a Hispanic who inherits the APOE ε4 allele from a European ancestor has similar risks than a European individual, which is higher than the African American individual.

How will results from this study impact future studies from a research perspective?

Our study emphasizes that the inclusion of diversity populations in genetic research study is essential, not only for AD, but many other diseases as well. It helps us understand disease prevention, causality, and treatment. One of the challenges that we had in our study was to actually identify African American brains. The number of African American brains available for research study is very limited compared to the amount of brain samples available from Europeans. I think this highlights the point that increasing the amount of individuals from different ancestry in autopsy is very important. Our result also provides a platform for other scientists in the field to further investigate our results from the cellular mechanism point of view, but also to develop potential therapeutic targets.

Was there anything that stood out the most or surprised you from your results?

There’s 3 take home messages from our study. The first is that we found a significantly reduced expression of APOE ε4 for individuals with the APOE ε4 variant with African ancestry. The second take home message is that we found a specific astrocyte cluster that had a higher cell proportion, 11 times more cells, from the European group than in the African group, which suggests that there is an important difference in the composition of astrocytes between the groups. This specific cluster had 1 of the highest expression of APOE ε4 in our data. The third and last take home message from our study is that when we actually look at the transcriptomic profile from this specific cluster, we found that it was consistent with reactive A1 astrocytes. Reactive A1 astrocytes are astrocytes that lose their normal function. They’re thought to be toxic, are activated by neuroinflammatory conditions, and results in destructive action towards neuronal synapses, leading to neuronal death. Recent studies have shown that APOE ε4 expression could lead to the expression of reactive astrocytes in animal models. We hypothesize that the increased expression of APOE ε4 leads to increased expression of reactive A1 ostracize, leading to neurodegeneration in AD.

Is there anything else that clinicians should note about your research?

Reiterating the fact that diversity is very important. We cannot make conclusions based on 1 population only. It is important to understand the underlying mechanism of the risk, specifically from APOE ε4, as it’s known to be the major genetic risk factor.