Increased consumption of vegetables, nuts, and moderate alcohol intake are each inversely associated with the odds of 3 or more prodromal features that precede Parkinson disease. 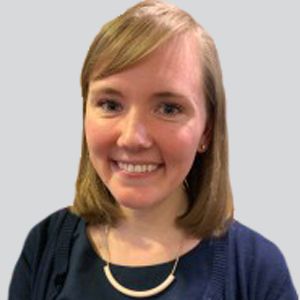 Analysis from participants of the Nurses’ Health Study (NHS) and the Health Professionals Follow-up Study (HPFS) which collected dietary information every 4 years suggest adherence to a healthy diet may reduce the occurrence of non-motor symptoms that often precede Parkinson disease (PD) diagnosis.1

Along with aforementioned diet information collected every 4 years, the researchers calculated scores for adherence to different diet patterns, including the alternate Mediterranean diet (aMED) and the Alternative Healthy Eating Indez (AHEI). Molsberry and colleagues found that the odds ratio (OR) for ≥3 versus 0 prodromal features was 0.82 (95% CI, 0.68—1.00; false discovery rate (FDR) adjusted Ptrend = .03) at baseline and 0.67 (95% CI, 0.54—0.83; FDR Ptrend <.001) for long-term aMED diet.

Molsberry and colleagues noted that the associations were attenuated when constipation was excluded as a prodromal feature, but long-term diet associations remained significant. “Analyses of individual aMED components indicate that increased consumption of vegetables, nuts, and moderate alcohol intake are each inversely associated with the odds of 3 or more prodromal features,” they concluded.

In total, 17,400 participants (NHS: n = 11,493; NPFS: n = 5,907) included in the analysis completed all secondary screening and an additional 1,129 participants (NHS: n = 781; NPFS: n = 348) participants completed some but not all secondary screening. Cohort participants included in the analysis were under 85 years of age, did not have diagnosis of PD, and responded to questions assessing pRBD and constipation on the 2012 questionnaire as well as the baseline food frequency questionnaire. Investigators included 5 additional prodromal features assessed between 2012 to 2015.

“Sensitivity analysis results suggest that the association between diet pattern and prodromal PD features cannot be attributed solely to the effect of diet on constipation or the association between PD and alcohol intake. There was little to no evidence of heterogeneity between men and women for most of our findings,” Molsberry and colleagues concluded.

This would not be the first study to look at the impact healthy diets can have on neurological disorders. In April, analysis of Analysis of data from the Age-Related Eye Disease Study (AREDS) and AREDS2, suggested dietary factors can play a role in slowing cognitive decline. More specifically, diets that included high consumption of vegetables, whole grains, fish, and olive oil correlate with higher cognitive function.2