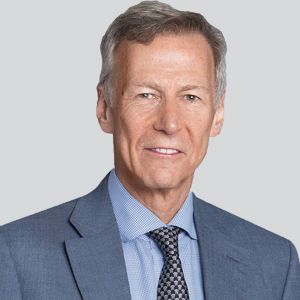 Newly published data from a retrospective study spanning more than 10 years found an association between heart rate variability (HRV) and sudden unexpected death in epilepsy (SUDEP). The findings, which also showed that increased high-frequency power (HFP) is associated with longer survival, carry significant clinical meaning as clinicians have tried for years to identify biomarkers of SUDEP.

"We need to do better," Devinsky, a leader within the SUDEP and epilepsy clinical research space, told NeurologyLive®. "In addition to helping patients understand what their risk is so that we can treat them better, it’s also the ability to assess interventions. If we were to get an intervention—let’s say, a watch that detected a seizure and gave out a lout alarm to awaken a post-ictal patient—then we would have to follow so many people for so long. That study would be prohibitively expensive. If only we had a biomarker that identified a patient that looks well controlled but is at high risk."

Investigators also found that increased normalized LFP in wakefulness was associated with a longer latency to SUDEP (HR, 0.97 [95% CI, 0.95-0.995]; P = .017), where each 1% incremental reduction to normalized LFP, corresponded to a 2.7% decrease in the latency to SUDEP. There was also a positive correlation in sleep between time to SUDEP and normalized HFP in a subgroup analysis (P = .002).

"We hope that we can get more cases and replicate this finding. I think it already looks like it may well be the most promising, obtainable, SUDEP biomarker," Devinsky added, noting that these findings could help in the creation of a SUDEP-detecting modality. "There are watches that can be worn, motion detectors under the mattress, or other infrared software during sleep that detect seizures and are already in widespread use. We don’t have clinical trial data to prove that they will reduce the risk of SUDEP, but we believe they will, and it makes perfect sense. We know that a big risk factor for SUDEP is having a nighttime seizure and not being supervised."

Devinsky doesn’t believe these findings change the way clinicians should care for their patients with epilepsy, at least for right now. "[Monitoring HRV] is not something that I would recommend, but it’s something to be aware of that’s coming down the pike. Hopefully within 2 years, other groups will repeat this study in a new cohort. If it's validated, then I think it raises up the ladder and then we try to figure out how we can start to incorporate this into clinical practice."

Looking forward, Devinsky claimed its time to start to see results from research within this field. "We need to pivot as a community from studying SUDEP, to preventing it. We’ve spent the last decade witnessing an explosion of research on SUDEP, but now we need to start to move forward on changing. The lowest hanging fruit is educating our patients. Every neurologist should discuss it with parents, adult patients, and adolescents. They need to understand that if they take their medications, don’t drink alcohol, get good sleep, they’re going to lower the risk of seizures, which can prevent head trauma, dislocated shoulders and vertebral fractures, but also prevent SUDEP. That’s what we can do right now, and I think soon we’ll be able to do much more."