The study had a goal to provide a personalized treatment approach, including ASM dosage changes to prevent seizure worsening and optimizing the balance of outcomes for mothers and children. 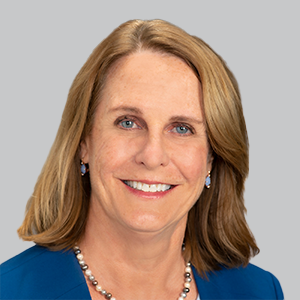 Therapeutic drug monitoring should begin early in pregnancy for women with epilepsy, data from a recent study suggest. Investigators further suggested that increasing doses of these antiseizure medications (ASMs) may be needed over the course of pregnancy.1

Investigators, led by Page B. Pennell, MD, FAES, chair, department of neurology, and Henry B. Higman Professor of Neurology, University of Pittsburgh School of Medicine and University of Pittsburgh Medical Center, originally included 351 pregnant women with epilepsy and 109 nonpregnant control participants with epilepsy in the Maternal Outcomes and Neurodevelopmental Effects of Antiepileptic Drugs, or MONEAD, study (NCT01730170), which occurred between Dec 19, 2012, and Feb 11, 2016 across 20 sites in the US. A total of 326 pregnant women with a median age of 29 years (range, 19-43) and 104 control participants with a median age of 29 years (range, 16-43) met eligibility criteria for the cohort study.

Investigators noted that MONEAD is one of the largest studies that contains pharmacokinetic information of ASMs for both pregnant women and control women. Limitations were described as the relatively low number of women taking ASMs that were not lamotrigine and levetiracetam. In addition, there were a limited number of samples from the first trimester, potentially impacting characterizations of actual changes in concentration, and the study was not powered to analyze changes in DNCs in either cohort.

To be included, women were required to be between the ages of 14 and 45 years, with an intelligence greater than 70 points. Pregnant women were required to have a fetal gestational age younger than 20 weeks. During pregnancy, phlebotomy was performed during 4 visits, and during the postpartum period, it was performed during 3 visits. Phlebotomy was performed for control participants during 7 visits over the course of 18 months. Pennell et al analyzed data between May 1, 2016, and June 30, 2021.

Previously reported data from MONEAD showed that children of women with epilepsy tasking ASMs did not differ in neurodevelopmental outcomes compared to those of healthy women. Pennell and colleagues analyzed 292 children at 2 years of age on the Bayley Scales of Infant and Toddler Development, Third Edition (BSID-III) and compared outcomes of that to 90 children of healthy women. The association between BSID-III language domain and ASM blood levels (ABLs) was also assessed in the third trimester in children of women with epilepsy.2

In 2020, data from the prospective cohort study also found that ASM concentrations in the blood samples of breastfed infants were substantially lower than those in their mother’s blood samples. These results added support to the practice of breastfeeding in mothers with epilepsy who were also on ASM regiments, further supplementing study findings that determined there were no ill effects to breastfeeding while on ASMs.2

Data were from 351 pregnant women and 345 infants, of which 64.3% (n = 222) were breastfed. All told, 42.3% (n = 146) had observable ASM concentrations from visit 5 through 20 weeks post-birth. The median percentage of infant-to-mother concentration for 7 ASMs—carbamazepine, carbamazepine epoxide, lamotrigine, levetiracetam, oxcarbazepine, topiramate, valproic acid, and zonisamide—ranged from 0.3% to 44.2% in 164 infant-mother pairs. Those with mothers receiving lamotrigine therapy (52 pairs), infant concentrations (63 of 73 infants with concentration greater than the lower limit; median, 1.6 µg/mL [range, 0.05—8.5]) were associated with maternal concentrations (95 of 147 mothers with ASM levels; median, 6.2 µg/mL [range, 1.4–9.9]; P <.001).