Neurological disability, as assessed by EDSS, was also found to be associated with higher levels of MS fatigue. 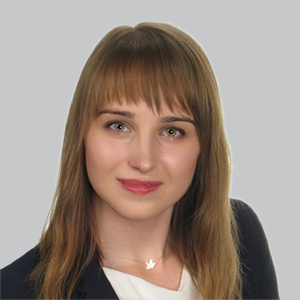 Data from a recent study show that patients with multiple sclerosis (MS) that have lower physical activity and a higher degree of MS-related disability experience more severe fatigue than others. A greater severity of fatigue represents greater impairments to cognitive, psychosocial, and physical functioning.1

Study author Michalina Rzepka, MBBS, department of neurology, Medical University of Silesia, in Katowice, Poland, and colleagues wrote that “fatigue, due to its high prevalence and significant impact on the quality of life, is a crucial problem among patients with MS. In clinical practice, we often observe insufficient effectiveness of pharmacological treatment. To effectively reduce the occurrence of fatigue, further research should be performed to understand its etiology. It is also important to identify other factors that can reduce fatigue.”

Rzepka and colleagues found that patients with fatigue had MS longer (9.6 years; SD, 5.2) than those without fatigue (7.1 years; SD, 5.2; P = .003). The impact of fatigue on a patient’s life, measured by MFIS total physical, psychosocial, and cognitive scores, was found to be positively correlated with duration of MS.

“It seems that physical involvement associated with professional activities may represent protective measures for fatigue in MS patients or contribute to a decrease of its level, despite a long duration of illness. The specific impact of physical activity could contribute to the creation of new recommendations and thus to the improvement of a patient’s quality of life,” Rzepka and colleagues concluded.

A recent review conducted by Nazanin Razazian, MD, associate professor, department of neurology, Kermanshah University of Medical Sciences, and colleagues came to a similar conclusion. Razazian et al conducted a meta-analysis on 31 published clinical trials investigating physical activity in patients with MS and analyzed data from a total pool of 714 patients in intervention groups and 720 in control groups.2

Razazian and colleagues concluded that their review “reveal(s) and confirm(s) that physical exercise significantly reduces fatigue in patients with MS. As a result, a regular exercise program is strongly recommended to be part of a rehabilitation program for these patients.”