A History of Migraine: Gender Ratio

Around three times more women than men have migraine. This marked difference in prevalence is one of the most well-known features of the illness. Here's what history tells us. 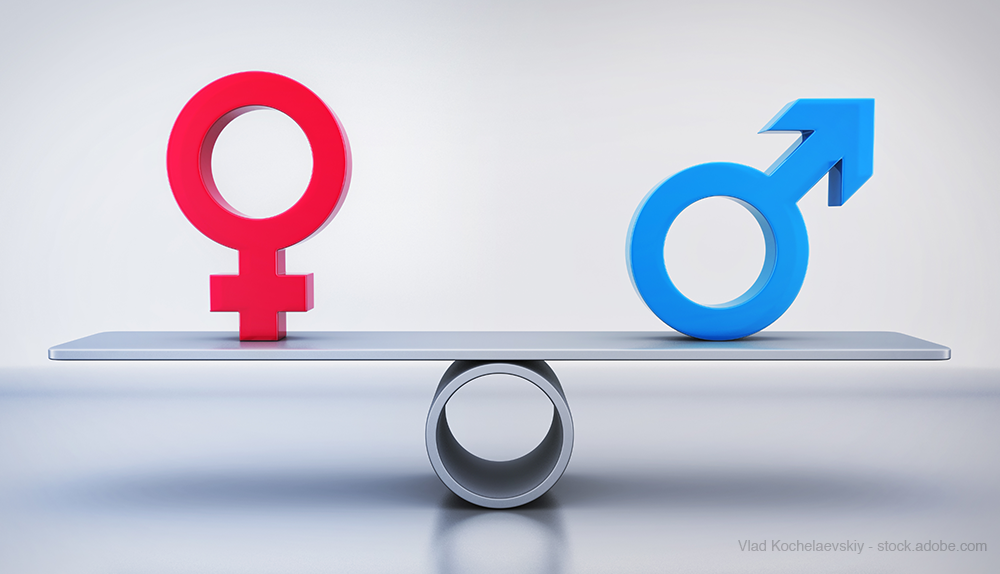 Around three times more women than men have migraine. This marked difference in prevalence is one of the most well-known features of the illness. Yet, our certainty about this gendered ratio is a remarkably recent development. How have evolving ideas about migraine symptoms, classification, and gendered characteristics led us to this figure of 3:1?

Physicians began to seriously discuss migraine’s possible relationship to gender in the late nineteenth century. In On Megrim(1872), often seen as a foundational text for neurological understandings of migraine, the British physician Edward Liveing suggested that women were "slightly" more prone to megrim than men by a ratio of five to four, the difference being explained by the influence of menstruation.

In his 1905 book Neurotic Disorders of Childhood, the Cincinnatti pediatrician Benjamin Rachford agreed with Liveing that this was the case among the "rich and refined." However, among the "poor and uneducated" he argued that migraine was four or five times more common in women than men, primarily because laboring men with physically demanding outdoor lives were unlikely to experience migraine. For Rachford, the causes of this gender and class disparity were social, rather than biological.

The diagnostic appeal of aura

But ideas about which symptoms mattered in migraine were also changing. Since classical times, migraine had been understood mainly in terms of its characteristic severe one-sided headache. During the nineteenth century physicians became increasingly interested in visual disturbances. Men of science discussed their personal experiences at length, bolstering an impression of migraine as both a nervous disorder of male intellectual superiority, and working women exhausted by anxiety and domestic responsibility.

The distinctive symptoms of visual aura were particularly significant for doctors interested in diagnostic certainty. During the 1920s and 1930s many physicians emphasized this point. In a discussion at the Royal Society of Medicine in 1927, C. P. Symonds proposed that doctors needed a clear definition of migraine, and that only recurrent throbbing, bursting, or splitting headaches accompanied by short-lived visual or sensory disturbance could be considered true migraine.

Those who emphasized visual symptoms did not go unchallenged. A variety of medical professionals (including neurologists, psychiatrists, allergists, endocrinologists, and ophthalmologists) all sought to grasp the true nature of migraine but disagreed on how to classify and diagnose it. Migraine had become, as British neurologists Macdonald Critchley and Fergus Ferguson commented in 1933, "the happy hunting ground of the theorist."

The discovery of hormones was particularly significant. As the historian Chandak Sengoopta has observed, "glands were seen to possess virtually miraculous powers… over the entire body and mind." For migraine, one theory was that temporary enlargement of the pituitary put pressure on the cavernous sinuses, causing migraine's distinctive visual disturbances. The clear hormonal link between migraine and menstruation in many cases even led the authors of one study to suggest that migraine could plausibly be given an endocrine classification.

Thus, there seems to have been a point in the 1930s when the category of migraine might easily have been split into two: one disorder characterised by visual disturbance and experienced roughly equally between men and women; and a second “endocrine” disease linked necessarily to menstruation.

Psychological and vascular explanations lost ground during the 1970s, as it seemed increasingly likely that neurological processes were responsible for migraine. Using community studies, demographers were attempting evidence-based prevalence calculations. While these suggested that migraine was two to three times more prevalent among women, researchers pointed out that it was still impossible to accurately determine population-level prevalence without an accurate, widely-accepted definition.

The International Headache Society (founded in 1981) published its International Classification of Headache Disorders (ICHD-1) in 1988. This enabled researchers for the first time to produce prevalence studies based on internationally accepted, clinically useful criteria. In 1995, Birthe K. Rasmussen, a Danish neurologist, confirmed that women were three times as likely to experience migraine in their lifetime as men.

Our understanding of migraine’s relationship to sex and gender continues to evolve. Anne MacGregor and colleagues have demonstrated that menstrual attacks (accounting for more than half of migraine in women) are longer lasting, more painful, less responsive to treatment and associated with greater disability than non-menstrual attacks. Significantly, menstrual migraine attacks tend not to include aura symptoms. Only around one in eight women with migraine experience visual aura, compared with around one in three men. Such statistics help explain why late-nineteenth and early-twentieth-century physicians who required aura to confer diagnostic certainty believed that women were only slightly more disposed to migraine than men.

In short, making direct links between sex or gender and migraine relies on a particular model of what migraine is, and what symptoms count in its diagnosis. These ideas have changed a great deal, and no doubt will continue to do so, as we continue to discover more about this extremely common disease.

Dr Foxhall is a medical historian, and the author of Migraine: A History. She has a PhD in the History of Medicine from the University of Warwick, and has held lecturing and research positions at the Universities of Manchester, Leicester and King’s College London. Website https://kfoxhall.com. Twitter: @historikat.

The author reports no conflicts of interest concerning the subject matter of this article. The research on which this article is based was funded by a Wellcome Trust (UK) Postdoctoral Fellowship in Medical History and Humanities (Grant No. 091650).