Bjoern Schelter, MD, Data Analytics and Biostatistics lead at TauRx, provided background on the efficacy, safety, and role of HMTM as a treatment for cognition in pre-Alzheimer disease stages like mild cognitive impairment. 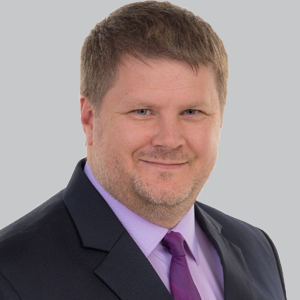 While anti-amyloid therapies have garnered much of the attention within the Alzheimer disease (AD) space recently, many of those within the field believe that the ultimate way to treat the neurodegenerative disorder will be through a combination approach of agents. One company, TauRx Pharmaceuticals, remains dedicated to finding a therapies that effectively targets the tau pathology of AD, which has been known to be associated with disease severity and brain atrophy. The company’s anti-tau therapy, hydromethylthionine mesylate (HMTM), was assessed in the phase 3 LUCIDITY trial (NCT03446001), with topline resulted presented at the 2022 Clinical Trials on Alzheimer Disease (CTAD) conference, held November 29 to December 2, in San Francisco, California.

The ongoing study assesses HMTM as a monotherapy compared with placebo over a 12-month double-blind phase, followed by a 12-month modified delayed-start open-label extension phase. A total of 545 individuals with probable AD or mild cognitive impairment (MCI)-AD were randomly assigned 4:1:4 to HMTM at doses of 16 mg/day, 8 mg/day, or placebo, with changes on the 11-item Alzheimer’s Disease Assessment Scale (ADAS-Cog11) and the 23-item Alzheimer’s Disease Cooperative Study-Activities of Daily Living, as the co-primary clinical outcomes.

Supporting a path to regulatory submissions, the data presented at CTAD 2022 showed sustained improvement in cognition over 18 months with treatment of HMTM, building on previous data shared in October 2022. The treatment effect was only seen in the 16 mg/day dose, and overall, the agent showed a strong safety profile. To learn more about the drug, it’s potential as a tau aggregator for early AD, and the LUCIDITY findings, NeurologyLive® sat down with Bjoern Schelter, MD, Data Analytics and Biostatistics lead, TauRx. Schelter provided perspective on the need for these types of approaches, the unknowns about HMTM, and the future plans for the drug in the coming years.

NeurologyLive®: How does this data build on previously known data so far?

Bjoern Schelter, MD: We presented the top line results for our trial, LUCIDITY, and I think the key message is that we saw very little decline over the 12-month period. In MCI, when you split the data into MCI due to AD, we saw an improvement over baseline. Now, we have the 18-month data, not just the 12 months data, and we saw this improvement to be sustained over 18 months, in the mild to moderate AD subpopulation. We actually saw an initial decline, but it stabilized and plateaued out.

As a tau aggregator, why does HMTM hold so much promise?

Dementia and Alzheimer disease are very complex diseases. Tau aggregation seems to be one of the key processes in the brain that leads to Alzheimer disease or dementia. HMTM is a tau aggregation inhibitor, so it stops these tau tangles, this “bad tau” if you want to call it that, to form. And it can also dissolve it. So if it has form, then the treatment is capable to dissolve this.

What does the safety profile of the agent look like?

I would say HMTM has an extremely good safety profile. The adverse events we saw during the trial were transient headaches, transient diarrhea, which is what you would expect in a population like that. We had very few serious adverse events, and none of those were considered to be related to the treatment itself. As a tau-targeting treatment, there were no ARIAs (amyloid-related imaging abnormalities) with this drug. And so, it is an extremely safe oral drug to be used.

What is next planned for this drug?

We still have the open label phase. The LUCIDITY trial is actually still ongoing, it had the double blind phase, which was a 12 months initial phase, but now people are in the open label phase. We expect the trial to have its last patient visit in spring next year. Obviously, we are keen to see what the data looks like, if the story continues to be as promising as it is at the moment. In parallel, we are now starting discussions with regulators in the UK. We have a what's called an innovation passport, which gives us direct access to regulators to discuss results very early on, and to align the regulatory strategies. We will then obviously go to the FDA, have discussions to map out the regulatory path forward, but it's our aim to make this safe and oral treatment available to the millions of suffers from this disease as quickly as we possibly can.

Are there aspects about the drug we still don’t know yet?

We’re still waiting for the 24-month data, or the additional six months that we currently don't have from the open-label phase. The key thing is that what we saw so far, is not just the sustained improvement in cognition in the MCI group, but also that people don't decline functionally, which is obviously a very important thing for people living with the disease. They want to be able to function, they want to be able to cope with day-to-day activities, they want to be able to have the independence, the freedom to do these things. It's very important for us to see the positive results on cognition and also on the functional endpoints. Obviously, there's the biomarker aspect to it. If you want an objective measure of disease progression, we have very promising results in brain atrophy, which was a lot less across the board, but also when you split it into MCI and mild-to-moderate AD. The characteristics of our population being amyloid positive, having an MMSE (Mini Mental State Examination)[score] at baseline of 21.6. These are all very encouraging results, and we look forward to the 24-month data to see the further course of this of this treatment.

Do we know if the drug works better in specific subgroup populations?

The trial is still ongoing. We had the double blind phase completed, but the open label phase is still ongoing. We will look at exactly these points in much more detail and share them, of course, with the scientific community and the wider public as soon as we get that, but that's a very important question. We also initiated blood biomarker analyses of the data to really get to the subgroups of patients that perform better. What are the characteristics? Are there people who benefit more than others? And to really understand what HMTM does, and who best benefits from a treatment like this.