When hydromethylthionine mesylate was compared with publicly available placebo decline data, the treatment effects of cognitive and functional decline are about 3-fold larger over 18 months. 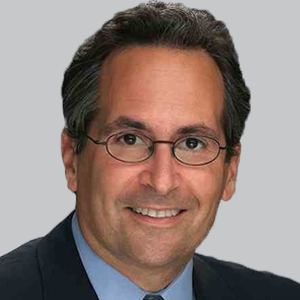 On the coprimary cognitive and functional end points of change in Alzheimer Disease Assessment Scale-Cognitive Subscale (ADAS-Cog11) and Alzheimer’s Disease Cooperative Study-Activities of Daily Living (ADCS-ADL23), treatment with a 16-mg/day dose resulted in minimal declines of 1.3 units and 1.0 units, respectively. TauRx noted that the expected decline over 12 months in an untreated population would be approximately 5.0 units on both scales.

Richard Stefanacci, DO, MGH, MBA, an assistant professor at Thomas Jefferson University, was named chief medical officer of TauRx to assist with the next stages of advancing the therapy. He said in statement that, "These data support our ability to pursue regulatory submissions. We look forward to making a significant difference addressing this global unmet need with a medication that is affordable, easy to administer, and safe."1

LUCIDITY is comprised of a 12-month double-blind, placebo-controlled phase followed by a 12-month, modified delayed-start, open-label treatment phase. The trial compared 16-mg doses of HMTM, a stable crystalline form of hydromethylthionine, the reduced form of methylthionine, with methylthioninium chloride (MTC) as an active placebo given at a dose of 4 mg twice weekly, the minimum required to prevent bias arising from potential urinary discoloration. MCT’s predecessor compound, Rember, was used in a phase 2 trial, and was found to be the only compoud to reliably discolor urine for this study blinding.

In comparison, a majority of those on MTC 4 mg twice weekly had blood levels of the ative drug above the threshold needed to produce a clinical effect. Because the arm was technically not a therapeutically inactive placebo, outcomes could not have been fully compared. In light of the data, the company noted that it does not believe a valid blinded placebo-controlled trial of HMTM with clinical end points is technically feasible; however, the relationship between blood concentration of drug and treatment effect, change from pretreatment baseline, and comparisons against historical controls from the Alzheimer’s Neuroimaging Initiative (ADNI), were still conducted.

On ADCS-ADL, the mean change remained above the pretreatment baseline at 6, 12, and 18 months for those with MCI, while functional decline was represented by a change of –2 units at 12 months and –3 units at 18 months for those with mild-to-moderate AD. The findings from the mild-to-moderate group represented a reduction in decline of about 75% relative to a published meta-analysis of publicly available placebo decline data from historical trials.

Additional findings from LUCIDITY showed statistically significant reductions in disease progression as measured by change in cognitive function (P = .0008) and brain atrophy (P <.0001) that were confirmed by comparisons of participants receiving the 16-mg/day dose against participants from ADNI who were closest to the study population by age and clinical severity. These findings were consistent regardless of whether patients had MCI or mild to moderate AD. Those treated with HMTM 16 mg/day had a rate of progression of brain atrophy that was significantly less than in ADNI patients with MCI (P <.0001) and comparable to that seen in ADNI healthy aging subjects.

Wischik added, "Tau pathology of the disease is now recognized as an important target for treatment, and it is encouraging that cognitive improvement is seen at such an early stage of the disease with a drug targeting Tau. The field has focused mainly on amyloid as a target for early intervention. Our data are consistent with the evidence that Tau pathology begins at least 20 years before clinical symptoms appear and is a viable first-line target for treatment."1