After recently receiving approval in Canada, AMX0035 looks to join the US market alongside riluzole and edaravone, the only FDA-approved therapeutics that slow disease progression in ALS. 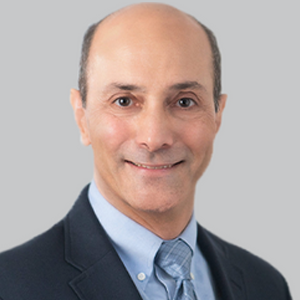 The report, reviewed by 4 experts within the field, indicated the incremental cost effectiveness of oral edaravone far exceeded typical cost-effectiveness threshold across multiple analyses and, if priced similarly to edaravone, the incremental cost effectiveness of AMX0035 would also far exceed typical thresholds. The health benefit price benchmark (HBPB) for oral edaravone is between $1400 and $3200 annually, and the HBPB for AMX0035 is $9100 to $30,600 annually.2

"There is tremendous need for new therapies in ALS,” David Rind, MD, chief medical officer, ICER, said in a statement.1 "Current treatment of this devastating disease is largely focused on supportive care. AMX0035 appears to extend life and modestly slow disease progression, but we expect vigorous debate at the public meeting on the strength of evidence, which hinges largely on the findings from a single trial, particularly given the negative vote by the FDA Advisory Committee."

He added, "We also anticipate a policy discussion on whether, should this drug receive FDA approval, the degree of uncertainty should be reflected in a price scaled closer to the cost of production pending completion of trials that can confirm the magnitude of the benefit for patients. In this report we also evaluated the evidence on an oral formulation of edaravone. The oral version is much less burdensome to patients than the intravenous formulation, which is likely to lead to increased use, but the price of edaravone appears too high to align reasonably with the benefits it provides."1

AMX0035, an oral combination of sodium phenylbutyrate and taurursodiol taken up to twice daily, is under FDA review with an expected decision date by September 29, 2022. Clinical experts have been divided on whether the agent is effective. In March, the FDA’s Peripheral and Central Nervous System Drugs Advisory Committee voted 6–4 (6 no; 4 yes; 0 abstain) that the data from the pivotal phase 2 CENTAUR study (NCT03127514) included in the new drug application did not adequately establish AMX0035 as effective treatment for ALS.3

The evidence base for the efficacy of oral edaravone was derived from 3 randomized controlled trials: Studies 16 (early-stage ALS), 18 (late-stage ALS), and 19. In Studies 16 and 18, treatment with the approved therapeutic showed no benefit on progression of the disease; although, a post hoc analyses of Study 16 raised the possibility of benefit in a narrow subgroup of patients with early-onset ALS. This subgroup was then evaluated in Study 19, in which edaravone showed slowed loss of physical function by 33% compared with placebo at 24 weeks based on the ALS Functional Rating Scale-Revised.

Recently in July 2022, the FDA’s AdComm panel announced they would reconvene for a second meeting to discuss the NDA for AMX0035, weeks before the scheduled PDUFA date. The news came less than a month after the agent received approval in Canada, making it the first new therapy for the disease there since 2018.5 Whether the meeting will be set up similarly to the first one remains to be seen.

"We’re hopeful that at this AdComm meeting, we spend more time on survival,” Josh Cohen, cofounder and cochief operating officer, Amylyx Pharmaceuticals, told NeurologyLive®. "That’s always been something we’re excited about with the CENTAUR data. To be able to have people living longer, in some ways, is the ultimate goal. It’s also rare to have a second AdComm [meeting]. It’s nice, everyone knows what to expect, what an outcome entails, what the day is like. We feel well prepared and ready to shine going into the meeting."

"In Canada, but also as we think about the US and the potential for approval, access is so critical," Justin Klee, cofounder and cochief operating officer, Amylyx Pharmaceuticals, added as well. "We’ve seen that at different times. It’s so hard when you have a drug that’s approved, but people can’t get access. It’s high on our mind to make sure that we keep that front and center. Of course, we don’t know if we’ll get that FDA approval yet, but we have to be ready if we get that opportunity. We have a responsibility to the community to get it to them as quick as possible."