Idiopathic Parkinson: Diagnosis of the Deceptive

The emergence of Ioflupane I 123 Injection (DaTSCAN) provides clinicians with helpful information to differentiate idiopathic Parkinson disease from other diseases. 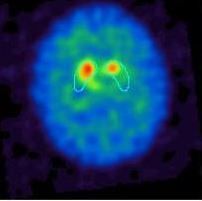 The multifarious presentation of idiopathic Parkinson disease (IPD) makes discriminating between other diseases with similar symptoms a challenge. Yet, identifying the correct diagnosis early in the course of the illness is critical, because each disease process has a different pathology, progression, and response to medication. For example, when only tremor is present, differentiation from essential tremor is relevant.

The emergence of Ioflupane I 123 Injection (DaTSCAN), as approved by the FDA within the past 2 years, provides clinicians with helpful information to differentiate IPD, with its deceptive nature, from other diseases.

IPD, a progressive neurological disorder, is characterized by selective degeneration of dopaminergic neurons in the substantia nigra. Manifestations of clinical symptoms often do not occur until at least 60% of substantia nigra neurons are lost1 or dopaminergic integrity is reduced significantly.2

Although IPD may be the most prevalent form of parkinsonism, it shares symptoms with progressive supranuclear palsy (PSP), multiple system atrophy (MSA), vascular parkinsonism, and dementia with Lewy bodies (DLB). Symptoms of tremor, bradykinesia, postural instability, rigidity, and autonomic dysfunction can overlap-to a greater or lesser degree-in each of these disorders. Specific clinical symptoms, such as cerebellar signs in MSA, gaze palsy in PSP, and overt dementia and visual hallucinations in DLB, may manifest only at a later stage of the disease.

Molecular neuroimaging using single-photon emission computed tomography (SPECT) has allowed for direct visualization of functional systems in the living human brain. DaTSCAN is a radiopharmaceutical approved 2 years ago by the FDA with indications for “striatal dopamine transporter visualization using SPECT brain imaging to assist in the evaluation of adult patients with suspected Parkinsonian syndromes.” In these patients, DaTSCAN may be used to help differentiate essential tremor from tremor resulting from one of the parkinsonian syndromes (IDP, MSA, PSP). DaTSCAN is an adjunct to other diagnostic evaluations.

DAT imaging offers certain advantages. First, DAT is largely limited to presynaptic membranes which, in the striatum, are predominantly the axonal terminals of substantia nigra neurons. Therefore, DAT allows direct visualization of the integrity of the neurons that appear most vulnerable to degeneration in IPD. Second, a minimum of metabolic processing, and therefore shorter incubation time during imaging, is possible.

Two derivatives are approved in Europe: I 123 beta CIT, marketed as Dopascan, and I123 Ioflupane, marketed as DaTSCAN. The DaTSCAN has been in use in Europe for 12 years, giving our European colleagues extensive experience with making full use of this marker.

The Value of Quantitative Analysis

One observation, based on the extensive experience in Europe, has been the value of quantitative or semiquantitative analysis. Visual interpretation of the DaTSCAN does not make full use of its capabilities. For example, when specific binding ratios relative to the occipital cortex are quantified (such as provided with the Hermes BRASS system), a Z-score derived from a normal database can be calculated. This has utility in differentiating accurately between Parkinson disease, which typically has an asymmetric dopaminergic denervation in the putamen and caudate, and non-parkinsonian causes of tremor, which show nonsignificant Z-scores. Such causes of tremor include medications and essential tremor.

Still, some clinicians argue that their clinical diagnosis is sufficient. However, 2 considerations are worth noting.

Second, the other parkinsonian syndromes can initially look clinically indistinguishable from IPD. DaTSCAN gives much more of a differentiation.

A Superior Way to Differentiate

Classically, IPD can present with asymmetry in the loss of dopamine reuptake sites, manifested by DaTSCAN tracer binding. In this case, the binding is much lower on the left and there is a classic posterior to anterior gradient. In contrast, in the case of MSA, there is symmetrical binding. Note that a posterior to anterior gradient is still present. A superior way to differentiate IPD from the other parkinsonian syndromes is by a combination of DaTSCAN with perfusion SPECT or fluorodeoxyglucose PET.