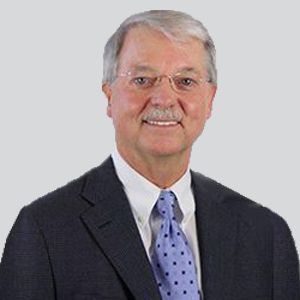 The approval was based on a positive phase 3, randomized, double-blind study (NCT03533114), in which the agent was proven to be safe and effective for adults with idiopathic hypersomnia. Additional post hoc analyses of that trial were presented at the 2022 SLEEP Annual Meeting, June 4-8, in Charlotte, North Carolina, with results that showed more than 80% of the population achieved clinically meaningful responses on Epworth Sleepiness Scale (ESS) and Idiopathic Hypersomnia Severity (IHSS) scale following treatment with the therapeutic.1,2

Furthermore, up to 98% and 95% of the cohort demonstrated a decrease of at least 4 points in IHSS and ESS, respectively, at the end of the stable-dose period. In both analyses, the safety profile of the drug remained consistent with previous observations. JZP-258, originally approved to treat patients with narcolepsy, contains 92% less sodium than sodium oxybate (Xyrem), another approved Jazz therapeutic for this indication.

To learn more about the findings presented at SLEEP 2022, as well as some of the therapeutic advantages JZP-258 brings to the sleep disorders space, NeurologyLive® sat down with Richard Bogan, MD, FCCP, FAASM. Bogan, associate clinical professor, University of South Carolina School of Medicine, and associate clinical professor, Medical University of South Carolina, provided insight on the clinical management of both idiopathic hypersomnia and narcolepsy, and the approach to treating them going forward.

NeurologyLive®: Can you provide detail on the presentations regarding Xywav in idiopathic hypersomnia?

Richard Bogan, MD, FCCP, FAASM: This was a nice study design because it had an open-label component. We had a chance to prescribe the medication and adjust the dose to an optimal dose. We that randomized controlled trial component that was placebo-controlled, where we looked at excessive daytime sleepiness based on Epworth score. These people are very sleepy, their Epworth scores were around 15 or 16. Some of them were on stimulants. We also allowed them on wake-promoting medications if they had already been prescribed those and were already stable, but still sleepy. You always have to take that into account, but their Epworth scores were 15 or 16, whereas my Epworth score is 5, maybe 6. I’m a night owl.

Over the weeks as we titrated these patients, they had improvement in Epworth score, the primary end point. We also looked at a scale called the Idiopathic Hypersomnia Severity scale, which was designed and validated in Europe and is specific for this particular disorder. We know, for example, that a score above 27 is clinically relevant and probably idiopathic hypersomnia. The scale looks at different components, which include what is your sleep? How long do you sleep? How hard is it to awaken? How sleepy are you during the daytime? How does it affect in terms of your functional capacity? We had a scale that looked at sleep inertia because these individuals have a hard time waking up. It also talks about napping as well.

It's a very specific scale, and these individuals had a high score somewhere around 37 at the beginning, with 50 being the maximum although we never see a 50. These people were clearly markedly abnormal. We tracked them over a period of time, and we saw a drop in those scores to around 15 or 16 when they reached a stable dose. In the group randomized to placebo, they got sleep, their IHS score got worse again, indicating that they had a worsening of their sleepiness. Using the Patient Global Impression of Change, we asked them, how severe are you? How much did you change? Eighty-eight percent of those in the placebo group got worse, compared with 20-something percent of those on Xywav. Clearly a statistical signal. All those results were impressive enough. We were impressed and, of course, the FDA used that data to approve the drug, so we now have the first approved drug to treat idiopathic hypersomnia.

Through these analyses, how has our knowledge of Xywav improved since its original approval for narcolepsy?

There are several points. Xyrem or sodium oxybate has been a good drug, it was approved by the FDA to treat EDS and cataplexy both in the pediatric population 7 and above and in adults, although the sodium content was pretty high. A lot of our patients are on 7.5 g to 9 g in divided doses, which can be as high as 1.6 g of sodium per day. That’s a lot of sodium, and we have concerns about that. Patients with narcolepsy are not only sleepy and may have cataplexy if they’re type 1, but they also have comorbidities. They have a higher prevalence of cardiovascular disease, which we’re not exactly sure why. Some of them are obese, some of them are taking medications.

Observational state data tells us that these folks are at higher risk of cardiovascular disease and hypertension. Additionally, more than 70% have disrupted nocturnal sleep. Interestingly enough, when we sleep, our body temperature drops, heart rate drops, blood pressure drops, which is what we call dipping. Sleep is important for turning down the autonomic tone and lowering the adrenaline level. People with narcolepsy don’t dip as a group. We think that creates medical risks. Looking at observational data, we have concerns about the sodium intake. Xywav is calcium, magnesium, potassium, and sodium oxybate, the same moiety, same concentration, but 92% less sodium. You’re going to reduce your daily sodium load by 1000 to 1500 mg by switching to the drug.

Is there a consensus to just start patients on Xywav instead of Xyrem because of the sodium content?

I take to mind that the FDA said this is a clinically superior drug, a safer drug, and has less sodium but with the same moiety. We’ve now got some clinical experience with the drug in terms of transitioning patients from Xyrem to Xywav. For most people, it’s gram for gram and fairly easy for patients to understand. If I took 7.5 g or 9 g of Xyrem, they usually would take the same amount of Xywav. We’re always tweaking. If you look at the narcolepsy trial, where we transitioned people from Xyrem to Xywav, the majority stayed on the same dose, we tweaked a few of them, but it was still within 1.5 g of the Xyrem dose.

How has the clinical management of narcolepsy improved over time? What do we still have to learn?

Patients with narcolepsy are sleepy, and they may or may not have cataplexy. We’re understanding more about disrupted nocturnal sleep—they tend to have a lot of fragmented sleep and have REM dissociative symptoms. We haven’t paid as much attention to vivid dreams, paralysis, and hallucinations. We’re now beginning to understand that pathophysiology and how to address that. In total, 60% of my patients come to me with narcolepsy and say, I need something to help me sleep. I’m like, “You can sleep anytime you want to.” But in the treatment of individuals with excessive sleepiness, it’s difficult to get them normalized. They live every day sleepy. The drugs help, they are dramatically improved, and the patients appreciate that, but we have work to do in terms of helping these individuals have a normal life. Excessive sleepiness affects executive function, motivation, and productivity. We worry about workplace and fatigue-related driving accidents and the social interaction, all of those functional outcomes. We’re beginning to recognize that it’s not just how sleepy are you and how much cataplexy you have? We take all those into account now. Our understanding of narcolepsy, the pathophysiology, and how we tweak these neural synapses to try to upregulate and create stability, improve sleepiness, and then the downstream functional improvement, are all top of mind.