Increased Risk of MS in Children of Mothers With Diabetes 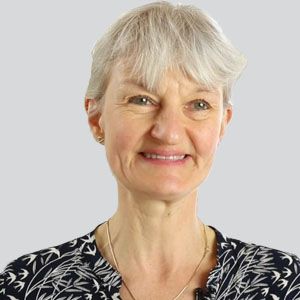 Data from a Danish nationwide register-based cohort study demonstrated an increased risk of developing multiple sclerosis (MS) in the children of mothers with diabetes mellitus (DM), corroborating the view that has been shown in previous studies.

Lead author Nete M. Nielsen, PhD, adjunct associate professor, Statens Serum Institut, and colleagues pooled all 1,633,436 singletons born in Denmark between 1978 and 2008 to examine MS risk in offspring of diabetic mothers, overall and according to type of maternal DM (pregestational DM or gestational DM), as well as examine MS risk among offspring of diabetic fathers.

They found that the individuals whose mothers had pregestational DM had a 2.3-fold increased risk of MS compared with that among individuals with nondiabetic mothers (hazard ratio [HR], 2.25; 95% CI, 1.35–3.75). The study authors noted, “regardless of the mechanism, our study suggests that the contribution of maternal DM to the absolute risk of MS in their offspring is only modest.” They noted that in a prior work from 2005, the estimated sporadic absolute risk of MS among women and men in Denmark was 0.5% and 0.3%, respectively.

"With a roughly 2.3-fold increased relative risk, cautious estimates of the absolute (lifetime) risk of developing MS among daughters and sons of diabetic mothers are therefore likely in the order of 1.2% and 0.7%, respectively,” Nielsen et al. wrote.

The study had a total of 2332 MS cases identified, 1634 among females and 698 among males. Information about parental diabetes diagnoses were obtained from the Danish National Patient Register (NPR).

Using Cox proportional hazards regression analysis, Nielsen and colleagues found that the MS risk among cohort members whose mothers were recorded in the NPR as obese before or during pregnancy was 65% higher than that among other cohort members using the initial unadjusted analyses (HR, 1.65; 95% CI, 1.05–2.60). Furthermore, they found a statistically significant association between birth weight and MS risk (test for homogeneity, P = .004).

Additional analyses included comparison between MS risk between individuals exposed to maternal pregestational DM and nondiabetic mothers. All told, the relative risk of MS among those exposed to pregestational type 1 DM and type 2 DM showed HRs of 2.21 (95%, 1.28–3.83) and 2.57 (95% CI, 0.64–10.6), respectively, compared with individuals born to nondiabetic mothers.

"An advantage of our study is that we relied on routinely collected patient information about the exposure variable, diagnoses of parental diabetes, obtained from records of the Danish NPR, thereby eliminating any potential influence of differential recall problems that may have influenced findings in prior studies relying on self-reported data,” Nielsen et al wrote.