Most attacks occurred within the first year of inebilizumab treatment, and nearly all participants were attack free in subsequent years following treatment initiation. 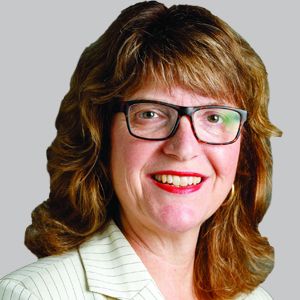 Recently published results from a post-hoc analysis from an open-label extension of the N-MOmentum trial (NCT02200770) showed that 4-year treatment with inebilizumab (Uplinza; Horizon Therapeutics) was safe and efficacious, with low annualized relapse rates (ARR) observed in patients with neuromyelitis optica spectrum disorder (NMOSD) who are seropositive for aquaporin-4 (AQP4)–immunoglobulin (IgG).1

At the time of the analysis, 75 participants in N-MOmentum received inebilizumab for at least 4 years, including 10 participants who originally received placebo during the randomized controlled period (RCP). A total of 18 attacks in 13 participants occurred after the initiation of study drug, resulting in an ARR of 0.052 (95% CI, 0.029-0.092) attacks/person–year. "These current findings support that inebilizumab may be effective in preventing long-term worsening disability associated with NMOSD," the study authors wrote.

The study, led by Mary Rensel, MD, director, Pediatric MS and Wellness, Mellen Center for Multiple Sclerosis Treatment, and assistant professor of neurology, Cleveland Clinic Lerner College of Medicine, adds to the growing safety and efficacy profile previously observed. Most participants in the analysis were women (93%), and 74 (99%) participants were younger than 65 years, with a mean age of 42.7 years.

Twelve attacks occurred during the first year of treatment, and 2 each occurred in years 2-4. In terms of severity of attacks, 5 (28%) were considered major, with all but 1 occurring in the first year. Among those who remained, 11 (61%) were minor, and 2 (11%) did not have severity captured. Four of the 13 patients who experienced attacks had multiple adjudicated attacks (2 attacks: n = 3; 3 attacks: n = 1).

Independent of original study group, patients treated with inebilizumab showed a robust depletion of CD20-positive B cells that was maintained throughout the 4-year period. During the same time, disability, measured by Expanded Disability Status Scale (EDSS) scores, remained stable as well. Notably, median change from baseline in EDSS score was at least 0.5 after initiation of inebilizumab throughout the follow-up period.

In total, 59 (79%) participants had an infection occur, corresponding to an incidence of 71.4 events per 100 person-years. Additionally, the rate of infections did not increase over the 4 years of treatment with inebilizumab, most of which were mild or moderate in severity. Pneumonia was the only serious/severe infection to occur in at least 1 participant (n = 2; 3%). Notably, no opportunistic infections were reported, nor were any cases of progressive multifocal leukoencephalopathy.

Throughout the 4-year period, most participants (n = 57; 76%) maintained normal IgG levels, and the lowest reported IgG categories did not appear to be associated with severe infections, although the number of these participants were small.

This was not the first long-term analysis of inebilizumab to be published. At the 2021 American Academy of Neurology Annual Meeting, April 17-22, 2-year data presented from the same extension trial showed that inebilizumab continued to provide benefits similar to those seen in the RCP.2In comparison, 60.7% and 83.4% of those on placebo remained attack-free in the RCP and OLE, respectively. At OLE baseline, mean EDSS scores were lower in the group randomized to inebilizumab compared to those in the placebo group (3.82 [standard deviation (SD), 1.76] versus 4.16 [SD, 1.71]). By OLE week 78, patients randomized to either group demonstrated lower EDSS scores than recorded at baseline (inebilizumab: ­–0.24 [SD, 0.87]; placebo: –0.12 [SD, 0.73]).

The FDA approved inebilizumab for the treatment of NMOSD in adults who are AQP4 antibody positive in June 2020, marketing the second treatment approved for patients with NMOSD.3 Following the approval, Bruce Cree MD, PhD, MCR, FAAN, clinical research director, UCSF Multiple Sclerosis Center, and professor of clinical neurology, UCSF Weill Institute for Neurosciences, sat down with NeurologyLive to provide his perspective. Listen below to his thoughts as the lead investigator of the N-MOmentum study.