Inebilizumab Reduces Severity of Attacks in Patients With NMOSD

Findings from a new post hoc analysis of data from the randomized-controlled period of the N-MOmentum phase 2/3 pivotal trial (NCT02200770), suggest the Horizon agent is effective in NMOSD. 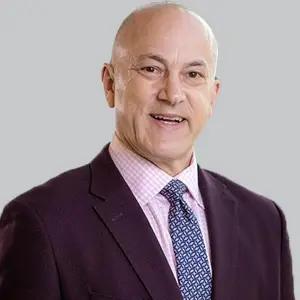 Data from a recent post hoc analysis the 28-week randomized-controlled period of the phase 2/3 N-MOmentum trial (NCT02200770) suggest treatment with inebilizumab (Uplizna; Horizon Therapeutics) was effective in reducing the severity of attacks for patients with neuromyelitis optica spectrum disorder (NMOSD).1

The findings were presented at the 48th Annual Meeting of the North American Neuro-Ophthalmology Society (NANOS 2022), Feb 12-17, in Austin, Texas. During the randomized-controlled period, investigators found that 89% of the 161 patients treated with inebilizumab were attack-free vs 58% of the 52 patients who received placebo.

Investigators conducted the post hoc analysis to understand attack severity in the 11% of patients with NMOSD who were not attack-free after being treated with inebilizumab. Attack severity was categorized according to changes in neurological function using a modified version of the Opticospinal Impairment Scale, graded as either major or minor. In the treatment group, there were a total of 18 attacks, 12 (67%) ranked as minor and 6 (33%) as major, compared with a total of 22 attacks in the placebo group, with 12 (55%) ranked as minor and 10 (45%) as major.

“Acute attacks in NMOSD can lead to irreversible consequences and permanent disability in patients, making targeted treatments important to limit disease activity and its severity in patients,” study author Jeffrey Bennett, MD, PhD, professor of ophthalmology, University of Colorado, said in a statement.1 “This analysis illustrates the clear clinical impact of Uplizna to reduce the debilitating effects of disease while contributing to our understanding of the link between serum biomarkers and severity of attacks.”

Additionally, the analysis evaluated the relationship between attacks and biomarkers or disease activity, particularly serum glial fibrillary acidic protein (sGFAP) and serum neurofilament (sNfL). When comparing grades of attacks, levels of sGFAP biomarkers were significantly higher during major attacks when compared with minor attacks (P = .023), also trending higher for optic neuritis (ON)-specific attacks (n = 20; P = .06). From baseline to the time of attack, concentration levels of sGFAP also significantly increased in those receiving placebo but not in those treated with inebilizumab (P = .31).

Overall, sNfL levels were higher for major versus minor attacks (P = .032) but did not correlate with the severity of attacks that were ON specific. During the randomized-controlled period, those that had attacks SNfL marker rates were higher among patients in the placebo group compared with those in the treatment group at week 26 (P = .03).

Inebilizumab is the first and only B-cell depleting agent that is FDA-approved for treatment of adults with NMOSD who are anti-aquaporin-4 antibody positive. The most common adverse events associated with use of inebilizumab, occurring in at least 10% of treated patients and greater than placebo, were urinary tract infection and arthralgia.

“While the Uplizna clinical trial demonstrated that a majority of patients were attack-free after being treated, it also offered an increased understanding of how Uplizna impacted the severity of the attacks that occurred,” Kristina Patterson, MD, PhD, medical director, neuroimmunology, Horizon, said in a statement.1 “This is an important consideration for physicians as they evaluate treatment options for their patients, as severe attacks can have debilitating consequences.”

Data from a separate analysis were presented by Bennett at the 37th Congress of the European Committee for Treatment and Research in Multiple Sclerosis (ECTRIMS), Oct 13-15, 2021. Among the several key findings, all participants demonstrated B-cell reductions at 1 week from first treatment. Additionally, inebilizumab also provided sustained B-cell depletion after 2.5 years and decreased NMOSD activity in treated patients, with a 97% reduction in annualized relapse rate and a 73% reduction in new/enlarging lesions when compared to the placebo group. Those who had B-cell counts less than 4 cells μL also showed persistently deeper B-cell depletion than those who had counts 4 cells μL or greater.2