After a mean follow-up of 64 days, the most common adverse events were infections and vomiting, with no deaths or reports of post-lumbar puncture syndrome. 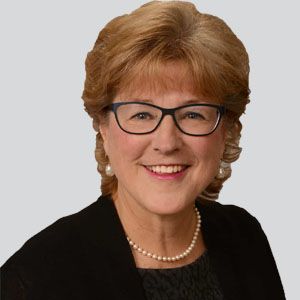 The first patient was treated in January 2021, and the main goal of the trial is to understand if the proven efficacy of nusinersen and its mechanism of action, which leads to continuous production of survival motor neuron protein, may also benefit patients who have been insufficiently treated with gene therapy.2

As of August 16, 2021, 9 patients with a median age of 16.4 months (range, 5-30) were enrolled, with 1 discontinuing because of parent/guardian decision. All but 1 of the 9 infants had 2 SMN2 copies. All participants demonstrated suboptimal clinical status in at least 2 HINE domains, most commonly in motor and respiratory function, with an overall baseline mean score of 8.1 (±5.3).

Nusinersen, the first FDA-approved drug for the treatment of SMA in pediatric and adult patients, will also be administered in a second study group that will include 20 children within a broader age range (up to 3 years old at the time of first nusinersen dose). According to the trial registration information, patients will receive nusinersen 12 mg administered through intrathecal injection as loading doses on days 1, 15, 29, and 64 followed by maintenance doses every 4 months, on days 183, 302, 421, 540, and 659 over a 2-year study period.

Since its approval in 2016, it has been observed in multiple clinical studies, including the ongoing phase 2 NURTURE study (NTC02386553). New data from that study presented at MDA 2022 suggested that the treatment is safe and beneficial for presymptomatic infants with SMA over a long-term period. The study compiled data with a mean of 4.9 years (range, 3.9-5.7) of follow-up, with all 25 infants alive at data cut off. Additionally, none of them needed permanent ventilation.3

In September 2021, Biogen announced plans to initiate a new phase 3b trial, dubbed ASCEND (NCT05067790), to study the safety and efficacy of higher doses of nusinersen in patients with SMA who had been previously treated with ridsiplam (Evrysdi; PTC Therapeutics). That study is expected to include 135 patients with later-onset nonambulatory SMA between the ages of 5 and 39 years who will be on treatment for approximately 2.5 years.4