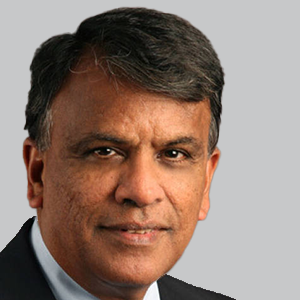 Findings from the delayed-start period of the MOXIe Extension study support positive primary end point findings from the pivotal MOXIe Part 2 trial (NCT02255435), as data is consistent with the persistent effect of omaveloxolone (Reata Pharmaceuticals) treatment on disease course in patients with Friedreich ataxia (FA).

Findings were presented at 2022 Muscular Dystrophy Association (MDA) Clinical and Scientific Conference, March 13-16, in Nashville, Tennessee,with investigators providing updates from the 2-part MOXIe study that evaluated safety and efficacy of omaveloxolone in patients with FA. All patients in the full analysis set who completed MOXIePart 2 enrolled in the open-label, delayed-start period (MOXIe Extension). Both patients and investigators remained blinded to prior patient treatment assignments, and MOXIe Extension included 42 patients who had previously been randomized to receive placebo and 50 patients previously randomized to receive omaveloxolone.

When comparing modified FA Rating Scale (mFARS) scores between both groups, investigators, led by Sub H. Subramony, MD, professor, department of neurology, University of Florida College of Medicine, found that the difference at the end of the placebo-controlled MOXIe Part 2 study, which was –2.25 points (SD, 1.07; P = .037),was preserved at the conclusion of the delayed-start period, at –3.51 points (SD, 1.45; P = .016).

The first part was a dose-finding study, with findings from the second part showing that after 48 weeks of treatment with omaveloxolone, mFARS scores were significantly improved by 2.40 points, when compared with placebo (n = 82; P = .014). Patients without severe pes cavus were included in the full analysis set, and the current analysis compared the difference in mFARS scores between the 2 treatment groups: placebo to omaveloxolone vs omaveloxolone to omaveloxolone via single mixed model repeated measures. All available data from the MOXIe Part 2 and the 72-week OLE, delayed-start period were analyzed.

In 2021, NeurologyLive® sat down with David R. Lynch, MD, PhD, professor of neurology, University of Pennsylvania Perelman School of Medicine, to discussed the state of care for FA, as well as oxaveloxolone’s potential to become the first approve therapy for the disease. At the 2021 International Parkinson and Movement Disorders Society (MDS) Virtual Congress, Sept 17-22, Lynch presented findings from the delayed-start assessment of the MOXIe trial, cited as the largest study of FA to-date.

Lynch sat down with  NeurologyLive®  to discuss how they plan to further cement their results, the progress made within the field, and what is still be done. He also provided his takeaways from MDS 2021, and the phenomenon surrounding gene therapy and its place within movement disorders.