Critically ill patients who were obtunded, stuporous, or comatose had pediatric lateralized epileptiform discharges, and acute brain insults were among many clinical characteristics to benefit from longer EEG. 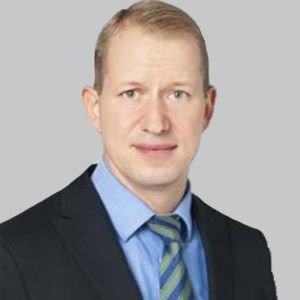 A total of 339 (14%) patients among a larger cohort were found to have seizures while being monitored on cEEG. Of them, characteristics more likely to be associated with seizures detection were altered mentation (coma, stupor or obtundation; P <.001) and presence of any time of epileptiform abnormalities (sharp waves, pediatric lateralized epileptiform discharges [PLEDs], and periodic pattern; P <.001).

Other additional characteristics included presence of any acute or remote brain insults and witness of seizure-like event as the primary indication for cEEG. During the first 24 hours of monitoring, 80.5% (n = 273) of seizures were detected.

Zawar and Hantus identified multiple clinical characteristics that were more likely to have delayed seizure detection after 24 or 48 hours. They included patients who were obtunded, stuporous or comatose (P = .005), had PLEDs, acute brain insults (P = .025), subdural hematoma (SDH), subarachnoid hemorrhage (SAH), or more than 1 type of hemorrhage (P = .015).

The authors noted that these clinical characteristics are more likely to benefit from a longer cEEG in the detection process of subclinical seizures. To date, it has been unclear how long cEEG should be continued in different patients based on their reason for presentation, interictal finding, and neurological status to exclude subclinical seizures.

Data for this study was analyzed using Mann-Whitney U tests, Pearson Chi-Square tests, and Logistic regression analysis. The median age of patients with seizure was 60 (range, 45.5-72) years, 46.9% of which were female (n = 159).

The expansion and emphasis on using cEEG and other EEG measures when diagnosing seizures has been a part of a larger movement in recent years. In February 2021, the International League Against Epilepsy (ILAE) published a modification to the 2017 ILAE Classification of Seizures and Epilepsies, which emphasized the role of EEG diagnosis of seizures in the neonate and included a classification of seizure types relevant to that age group.2

Watch below to see what ILAE past president Solomon, L. Moshe, MD, Charles Frost Chair in Neurosurgery and Neurology, and Elissa Yozawitz, MD, director of Neonatal Neurology, had to say about the importance of technology in diagnosing epilepsy and seizures.