The findings support the integration of sleep assessments into routine developmental screenings in school and primary care settings. 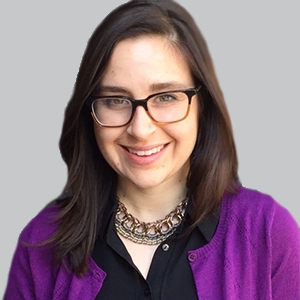 Recently published data suggest that children with longitudinal sleep problems are linked with negative outcomes on a number of measures of child well-being experienced by age 10 or 11 years, highlighting the gap in the early identification and matching intervention for children.1

Led by Ariel A. Williamson, PhD, DBSM, psychologist, Sleep Center, and faculty member, PolicyLab and the Center for Pediatric Clinical Effectiveness, Children’s Hospital of Philadelphia (CHOP), she and colleagues analyzed data from the first 6 waves of the Longitudinal Study of Australian Children–Birth Cohort, consisting of 5107 children. They observed that 5 distinct sleep problem trajectories developed over time, and that the children most affected by sleep problems persistently experienced the greatest deficiencies across each outcome, save for cognitive skills.

All told, Williamson et al. utilized a combination of caregiver‐ and teacher‐reported tasks, as well as child‐completed tasks to index well‐being outcomes at ages 10 to 11 years. These outcomes included emotional/behavioral functioning—described as internalizing and externalizing symptoms, and self‐control—as well as health‐related quality of life, cognitive skills, and academic achievement.

"Although this study cannot answer whether minor, early or persistent sleep problems represent a marker for the onset of behavioral health or neurodevelopmental conditions, our findings support consistently integrating questions about sleep into routine developmental screenings in school and primary care contexts," Williamson stated.2

For measures of self-control, those on the trajectories of “persistent sleep problems” and “increased middle childhood sleep problems” experienced moderate impairments in caregiver-reported outcome compared to those without sleep problems (ES for both, –0.37; 95% CI, –0.52 to –0.21; P <.001).

For cognitive skills, there was no evidence of significant impairments in nonverbal reasoning for any of the trajectories in comparison with the children without sleep problems.

Williamson and colleagues noted that “for academic achievement on standardized national testing followed a similar pattern, with children who had ‘persistent sleep problems’ showing lower achievement scores, with a small effect size.”