Every patient who underwent physical therapy reported a positive change, ranging from moderately better to much better, while 9 patients on placebo did not notice significant changes or reported worsening of their condition. 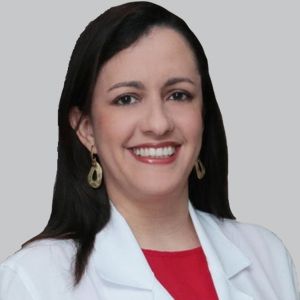 Using Maitland’s joint mobilization and therapeutic exercises twice weekly for a 12-week period, patients with systemic sclerosis demonstrated improvements in the functionality of their hands, reduced pain in the hands and wrists, increased range of motion, and improved quality of life.

A total of 24 patients diagnosed with systemic sclerosis were randomized to the physical therapy group (n = 12) or control group (n = 12) and were evaluated at the end of 12 weeks. Functionality of the hands, the primary end point, was assessed using the Cochin Hand Functional Scale (COCHIN), which contained 18 questions addressing daily activities with the hands, with scores ranging from 0 (without difficulty) to 5 (impossible to do).

The Maitland concept applied the anteroposterior and poster anterior traction and sliding techniques, with oscillatory and rhythmic movements, for 30 seconds or 1 minute each maneuver, in Grades I, II, and III in the joints of the carpus, intermetacarpal, metacarpophalangeal, and interphalangeal bilaterally. Each session lasted approximately an hour and mobilization application lasted an average of 40 minutes. All patients in both groups received a booklet containing information about the disease as well.

All patients in the physical therapy group reported a positive change about the effects of treatment, ranging from moderately better to much better, while in the control group, 9 patients did not notice significant changes or reported worsening about their baseline condition.

Pain (n = 7) and hand fatigue (n = 5) were among the reported AEs in the trial; however, these symptoms were mentioned in the initial weeks and ceased to be reported by the sixth and seventh week of treatment. Notably, there were no reports of numbness, cramps, or other major AE.

There were a few limitations to the study, including the small sample size, which investigators noted may make it possible to overestimate the results. Additionally, patients already had an established limitation by having COCHIN scores greater than 10, thus leaving out patients with milder disability. Lastly, patients with vascular manifestations such as digital ulcers or a history of amputation were excluded from the protocol, making it not possible to assess the effects of the intervention in this subgroup of patients.