Migraine With Aura Identified as Risk Factor for Atrial Fibrillation

Migraine with aura is suggested as an independent risk factor for atrial fibrillation and that AFib-mediated cardioembolism may play a role with migraines, especially stroke association for some patients. 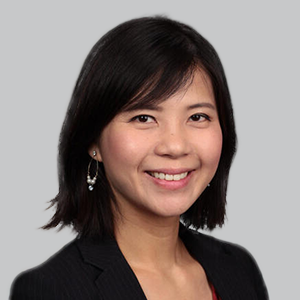 The results of a study utilizing an artificial intelligence (AI)-enabled electrocardiogram (ECG) prediction model suggest that migraine with aura (MwA) may be an independent risk factor for atrial fibrillation (AFib), particularly among those younger than 55 years of age.1

Chia-Chun Chiang, MD, assistant professor of neurology, Mayo Clinic, and colleagues conducted a study that compared the AI-ECG AFib prediction model output in patients with MwA and migraine without aura (MwoA). Chiang et al demonstrated in their study, “that patients with MwA have a significantly higher AFib prediction model output, implying a higher probability of concurrent paroxysmal or impending AFib, compared to MwoA in both women and men.”

Chiang et al noted that, “Few studies have specifically investigated the risk of [AFib] in patients with migraine in different age and sex groups.” Their study overall demonstrated the power that modern computing technology has in analyzing big data to help clarify the association between two conditions unrelated to each other, migraine and AFib.

The research was performed through a cross-sectional study which included the application of a novel AI-ECG algorithm from the Mayo Clinic Cardiology team, to evaluate the risk of undetected paroxysmal AFib in a large group of adult patients with migraine. This included both women and men of all ages in the study and the use of a single ECG as point-of-care test.

The Mayo Clinic identified adult patients with an MwA or MwoA diagnosis within the past 20 years while patients with an ECG-confirmed diagnosis of AFib were excluded. The ECG with the highest AFib prediction model output was used as the index ECG for each patient. For the comparison between MwA and MwoA, they were conducted in an overall group (including men and women of all ages), women only, and men only in each age range (18 to <35, 35 to <55, 55 to <75, ≥75 years), and adjusted for age, sex, and six common vascular comorbidities that were known to increase risk for AFib.1

Approximately half of the respondents with a history of headache screened positive for migrainous headache by ID-migraine criterion with most reporting moderate to severe intensity headache.

Their results aligned with the observation from two previous longitudinal cohort studies, where patients with MwA were more likely to develop AFib. MwA was associated with a higher risk of incident AFib when compared to MwoA, and it remained significant after adjustment for age, sex, race, and vascular risk factors (HR, 1.39; 95% CI, 1.05-1.83) in one study.2 From another large population-based study, MwA (HR, 1.31; 95% CI, 1.11-1.55), but not MwoA (HR, 1.16; 95% CI, 0.99-1.35), was associated with a higher risk of developing AFib compared to the control group after adjustment for covariates including diabetes, obesity, hyperlipidemia, hypercholesterolemia, hypertension, valvular heart disease, chronic obstructive pulmonary disease, renal failure, liver disease, cancer, alcoholism related diseases, and diseases of thyroid.3

Chiang et al wrote in conclusion that using, “a novel AI-enabled ECG algorithm on a large number of patients with migraine, we demonstrated that patients with MwA have a significantly higher [AFib] prediction model output, suggesting a higher risk of subclinical, paroxysmal [AFib] compared to MwoA.”