Approximately half of the respondents with a history of headache screened positive for migrainous headache by ID-migraine criterion with most reporting moderate to severe intensity headache. 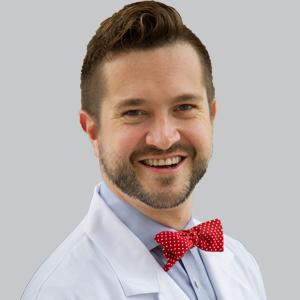 Data from a cross-sectional study of sexual and/or gender minority (SGM) adults suggest that migraine is common disorder in this population, and that exposure to both trauma and discrimination increased the odds of more moderate-to-severe disability.1

Senior investigator Mitchell R. Lunn, MD, MAS, FACP, FASN, assistant professor of medicine, Stanford University Medical Center, and colleagues concluded that these findings, "suggest that psychiatric comorbidities play a significant role in this relationship, identifying a potentially modifiable risk factor for disability in SGM people with migraine." Additionally, despite these findings, only one-quarter of those with migrainous headache reported use of preventive medications, and only one-third of those who were interested in seeing a neurologist for headache experienced barriers to accessing specialized care.

Using a cohort of 3325 respondents from the Population Research in Identity and Disparities for Equality (PRIDE) study from August-October 2018, investigators examined the severity and frequency of headache, as well as its relationship with trauma, discrimination, and disability. Of that sample, 1126 (33.9%) screened positive for migrainous headache by ID-migraine criteria, with more participants who reported moderate cases (68.2%; n = 768) than severe (22.5%; n = 253). Overall, the median Migraine Disability Assessment (MIDAS) questionnaire score was 11 (IQR, 5-25).

About 40% of the patients who reported migraine identified as transgender, genderqueer, or another gender identity, while the majority reported a nonheterosexual sexual orientation (98.6%). Overall, 18.6% (n = 398) of respondents with a history of headache had ever used gender-affirming hormone therapy. In terms of migraine in SGM individuals, those with migraine were more likely to have been assigned female sex at birth, and those who identified their sexual orientation as asexual, queer, or pansexual were more likely to have migraine headache relative to those who identified as gay.

Treatment with rimegepant, an FDA-approved treatment for acute and preventative migraine, resulted in decreases of more than 30% in monthly butalbital prescription fill and reductions of more than 25% in mean milligrams dispensed.

In both the unadjusted and adjusted analyses, a history of any experience of trauma or discrimination was not associated with moderate-severe migraine disability; however, the combination of history of both trauma and discrimination did have significant associations in the unadjusted analysis (OR, 1.76; 95% CI, 1.34-2.32). This association persisted after adjusting for sociodemographic and clinical factors (aOR, 1.78; 95% CI, 1.34-2.36). Although, significance was lost after adjusting for psychiatric comorbidities.

In an exploratory analysis, increased odds of moderate-severe migraine disability were associated with number of experiences of trauma or discrimination after adjustment for sociodemographic and clinical factors, as well as psychiatric comorbidities (aOR, 1.11; 95% CI, 1.05-1.18). Despite this, the association was lost when using MIDAS as a continuous variable (coefficient, 1.34; 95% CI, 0.56-2.12).

"Further work in this area would benefit from larger and more diverse SGM samples, inclusive of a broad range of sociodemographic identities," Lunn et al wrote. "Systematic collection of sexual orientation and gender identity in electronic health records, population health surveys, and patient registries would be an important step towards exploring the role of traumatic experiences in migraine using an intersectional framework and thereby improving neurologic health equity in this underserved community."

Among those with migraine, 42% reported they wanted to see a neurologist for headache, however, only 37.2% of these individuals reported difficulty accessing a neurologist. The most commonly endorsed reasons for this difficulty were lack of insurance approval for the visit (20.6%), primary care doctor not placing a referral (21.2%), or the neurologist not accepting new patients (18.2%). Notably, 7 participants (4.1%) reported that a neurologist had refused to see them.