Findings suggest that compared with isolated cases, both earlier age at initial episode and a higher prevalence of personal and family history of migraine are linked to TGA recurrence. 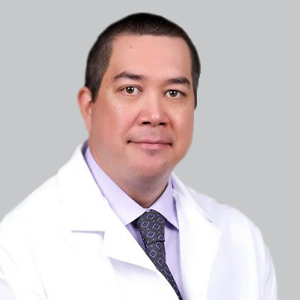 The findings of a cohort study assessing the physiological, environmental, and other factors that increase risk for recurrence of transient global amnesia (TGA) suggest that a personal or family history of migraine may be linked to recurrent presentation of TGA compared with isolated cases.

Conducted by Ken A. Morris, MD, PhD, department of neurology, Mayo Clinic, and colleagues, the study included 1044 patients with TGA. In total, at baseline, there were 901 patients with a single episode of TGA and 143 with recurrent episodes of TGA. The mean ages at inclusion were 75.1 years and 74.3 years, respectively.

“The wide range of recurrence rates [of TGA] appears to reflect the variability of the strictness of the definition of TGA, with higher rates associated with more relaxed criteria for defining TGA; and the relatively low numbers of patients with recurrent episodes, with a median of 12 patients with recurrent episodes across these studies,” they wrote. These differences in recurrence rates, they added, hamper clinical ability to discuss the likelihood of another event.

Morris et al. noted that prior literature has identified migraine as a known risk factor for TGA, pointing to a similar mechanism—cortical spreading depression—operating in both cases of migraine aura and TGA.2-4 However, they wrote that “in the present study, patients with or without migraine aura had similar age at TGA onset and similar rates of TGA recurrence.”

“TGA is considered a benign event that is unlikely to recur. Studies suggest that TGA is not associated with an increased risk for development of other neurologic disorders, such as stroke, dementia, or epilepsy,” Morris et al. wrote. “Nonetheless, TGA can be emotionally distressing for both patients and family members, and can mimic neurologic emergencies such as stroke or seizures. It may also have implications for certain occupations. Therefore, it is important for clinicians to be able to counsel patients on their risk of TGA recurrence, including any factors that may increase the likelihood of another event.”