In part 2 of this interview, Hubert Fernandez, MD, director of the Center for Neurological Restoration at Cleveland Clinic, detailed the greatest unmet needs as well as the utility of deep brain stimulation in patients with Parkinson disease. 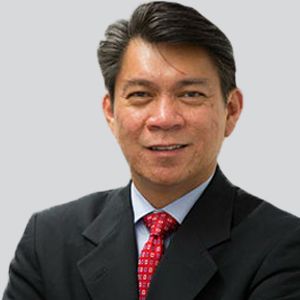 This is the second of a 2-part interview, for part 1, click here.

The introduction of deep brain stimulation (DBS) surgery has been a revelation of sorts within the Parkinson disease (PD) community. In January, Abbott’s Infinity DBS system became the first directional system approved for all major targets to treatment movement disorders, PD, and essential tremor, and it offers many patients hope for control of their disease.

However, despite DBS surgery’s place among the more notable achievements made within the PD community, there are still a growing number of unmet needs. PD is often characterized by the shaking and tremors that are noticeable on the outside, but often cast a shadow over the numerous nonmotor symptoms that plague patients’ quality of life.

Hubert Fernandez, MD, director, Center for Neurological Restoration, Cleveland Clinic, told NeurologyLive that patients with PD are actually afflicted more by the nonmotor symptoms than motor symptoms, while also citing that the area of need still does not receive the attention it deserves. In part 2 of this discussion with Fernandez, he details why DBS is somewhat of a double-edged sword while also providing insight on 5 of the greatest unmet needs in PD.

NeurologyLive: Is DBS something that should be recommended more? Is there enough awareness surrounding the procedure?

Hubert Fernandez, MD: Yes and no. I think it can be and should be pushed more because it’s such a life changing treatment, if done the right way. If it’s going to be pushed more, it has to be done by the right centers. It is one of those double-edged swords that If you do all the right things, it can be life changing for the patient. But if you skip on some steps, and you’re not 100% accurate, it doesn’t work if it’s not in the right place. The target we have is as big as a tic-tac. If we’re off by a millimeter, it’s not going to work. Additionally, when it works, it is very sensitive to any degree of error and therefore it should only be offered by centers, surgeons, and teams that do this for a living. It is as dangerous to push this on everyone because of the demand of certain quality control even though it offers a lot of good benefits. Everything is a balance, and this is 1 of those delicate balances.

What is the greatest unmet need in Parkinson’s disease right now?

That’s a tough question. It’s almost a million-dollar question because PD is a very individualized illness that affects patients in so many different ways. It involves every organ system in the body. For a patient with PD, the greatest unmet need is what they’re most disabled by. My top 5 unmet needs would be as follow. First would be the cure, and that will never change. When you poll patients with PD and clinicians over and over, they will say that there are not enough treatments that fulfill the need to spare a patient’s mind. PD affects your thinking in a very different way than Alzheimer disease (AD), but unfortunately, we don’t have many medications to help. The second is improving balance. This is a big unmet need because patients with PD can fall more frequently as the disease progresses. We don’t really have any treatment for that other than physical therapy. Even physical therapy during the time of the COVID-19 pandemic can be major challenge. How do they get that physical therapy? How do you go to the hospital when you can’t leave your house? That challenge is ever greater than before.

My fourth and fifth greatest unmet need depend on what the patient is suffering from. One big thing is motor fluctuations. As the disease progresses, the medication we give 3 times a day that lasted for 4 to 5 hours, now only lasts for 1 to 2 hours. Then they are stuck waiting in this limbo state until their next medication. Then they have 1 good hour of “on” time, and then they’re waiting again for their next dosage. Otherwise, they have to take a pill every hour, which is not living. Motor fluctuations is another source of disability and unmet need for patients with PD. The last, which we don’t talk about a lot, is a constellation of non-motor symptoms. If I ask you to close your eyes and imagine what a patient with PD would look like, you’d imagine someone who’s shaking like a leaf. That same person has tremors and can’t walk. While that is true, that is the tip of the iceberg in PD. What lurks underneath is these non-motor symptoms including depression, anxiety, psychosis or hallucinations, fatigue, urinary problems, constipation, and insomnia. These can be even more disabling than the tremor that everyone sees on the outside. That bundle of non-motor symptoms is a big unmet need because we’re not studying it a lot. We’re focusing on tremor, but what about how they feel, how they think, how they sleep, and how they eat? That’s just as big of a problem as how they walk or if they’re shaking or not shaking. Those to me, would be the top 5 greatest unmet needs.