Feb 25, 2022
By Abby Reinhard
Conferences|Americas Committee for Treatment and Research in Multiple Sclerosis 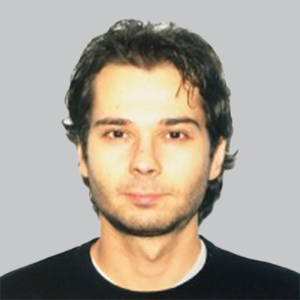 Data were presented at the Americas Committee for Treatment and Research in Multiple Sclerosis (ACTRIMS) Forum 2022, February 24-26, in West Palm Beach, Florida, with investigators concluding that the test could further aid in assessing clinically challenging situations, specifically when clinical measures are confounded by inflammatory or noninflammatory changes from pseudorelapses.

Led by AlexandruTatomir, MD, PhD, postdoctoral fellow, department of neurology, University of Maryland School of Medicine in Baltimore, Maryland; and intern, Centre HospitalierMétropoleSavoie, in Chambery, France, investigators utilized 6 markers to detect relapses and response to GA therapy and found a significant positive correlation between Expanded Disability Status Scale (EDSS) scores and MSDA scores (r = 0.5879; P = .0002). A total of 60 patients with relapsing remitting MS were included in the study who were also naïve to treatment with disease-modifying drugs.

Each marker was assigned a positive or negative value depending on levels obtained, which were then used to establish an MSDA score. Derived from receiver operating characteristic analysis, cutoff values for detecting relapses were less than 1.27 for RGC-32, less than 52.6 for FasL, greater than 16.9 for IL-21, less than 3.05 for SIRT1, less than 0.11 for phosphorylated

Patients initiated treatment with GA at study entry and were followed at the University of Maryland Hospital, with clinical disease activity and serum biomarker concentrations measured at baseline, as well as months 3, 6, 9, and 12, following start of treatment. At each visit, EDSS scores were measured, and mRNA or protein levels of RGC-32, FasL, IL-21, SIRT1, p-SIRT1 and JNK1 p54 were integrated to derive an MSDA score (between –6 and +6).