Results from a phase 2 pilot study of nabilone in Parkinson disease suggest that the synthetic cannabinoid might hold therapeutic potential for nonmotor symptoms. 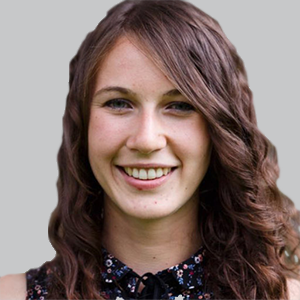 “Our results highlight the potential efficacy of nabilone for patients with PD and disturbing nonmotor symptoms, which appears to be driven by positive effects on anxious mood and night-time sleep problems,” Peball and colleagues wrote.

Patients in this single-center withdrawal trial were evaluated between October 2017 and July 2019. In Phase 1 of the study, 48 patients received nabilone on a stable dose during the open-label titration period (0.25 mg once daily to 1 mg twice daily). Then, in Phase 2, the 38 patients who responded to treatment were randomized to either treatment or placebo switch for 4 weeks. Nine patients discontinued prior to this randomization phase—1 dropped out, 3 halted due to adverse events (AEs), and 5 due to lack of response.

This selection of open‐label responders could raise concerns about the generalizability of the findings, Peball and colleagues noted, writing that they in turn could impact external validity. “In this study, most patients enrolled in the open‐label phase were responders, therefore, selection bias can be considered small. The inclusion of responders only can lead to overestimation of the effect of a novel treatment. However, restriction to responders reflects clinical practice by limiting long‐term treatment to patients who might benefit from it, in line with a personalized medicine approach,” they wrote.2

Change on the Clinical Global Impression–Improvement (CGI-I) scale was also observed, with patients rated as having no change, being minimally worse, or much worse. For the nabilone group, 63.16% experienced no change, 31.58% were minimally worse, and 5.26% were much worse, compared with 26.32%, 52.63%, and 21.05% of the placebo group, respectively.

“The change of the NMSS during the randomized double‐blind phase was not significant in the nabilone group. The placebo group, however, worsened significantly with a large effect size,” Peball et al. wrote. “Of note, the between‐group effect size of deterioration was also medium to the disadvantage of the placebo arm for the NMSS.”