Get caught up on some of the latest news in movement disorders, with data updates and expert insights, all in one place from the NeurologyLive® team.

In recent weeks, the NeurologyLive® team has conducted interviews and covered news of the latest updates in the clinical care of individuals with movement disorders such as Parkinson disease and essential tremor, among others.

To offer an update on those new developments in the literature and insight into the expert opinions about how they’re shaping the ever-changing care paradigm in movement disorders, our team has compiled some of the biggest pieces of news and exciting exchanges with physicians into one place.

Click here for more coverage of the latest movement disorder news from NeurologyLive®. 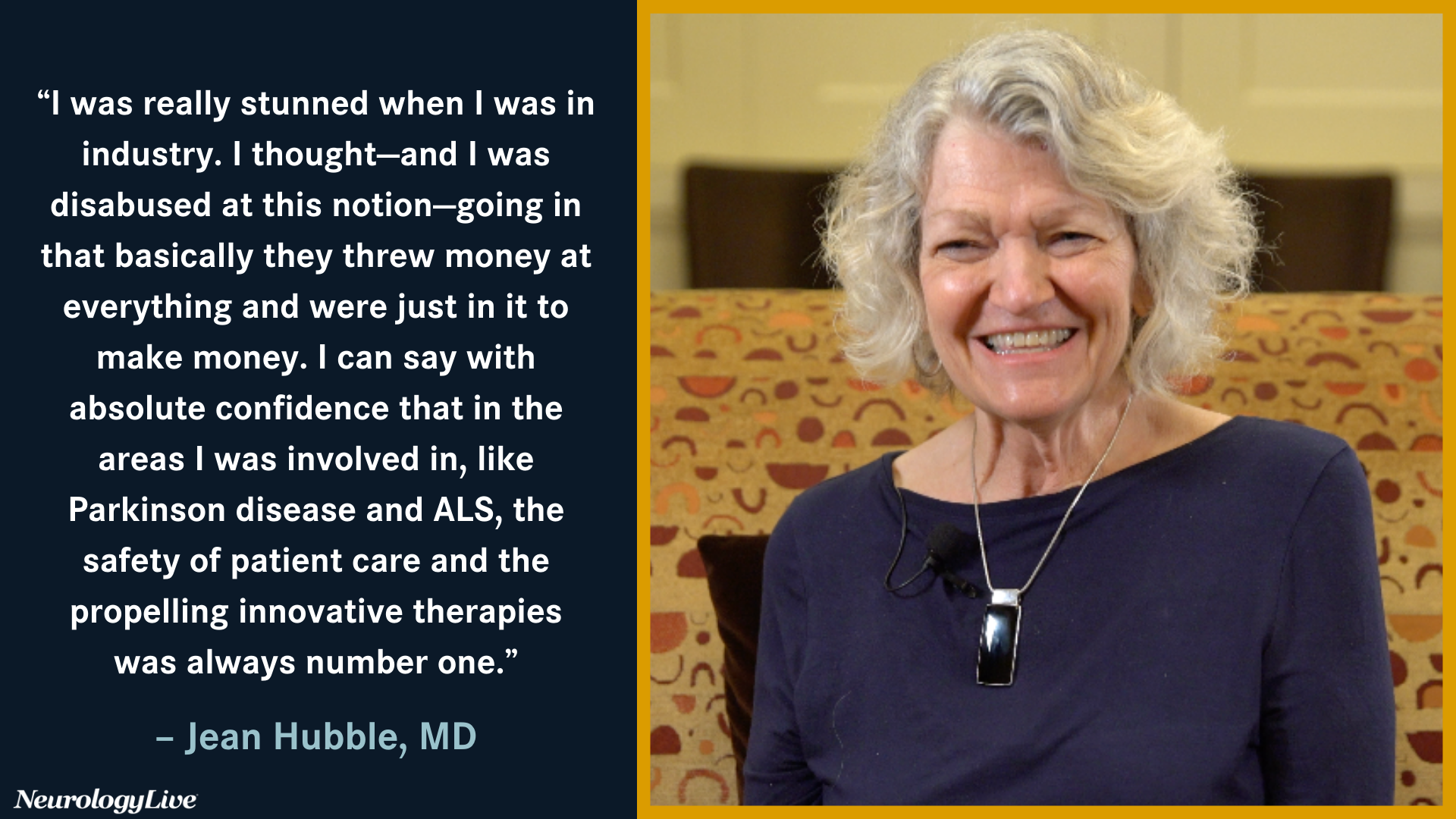 Jean Hubble, MD, a semiretired neurologist and consultant at PMD Alliance, spoke recently about her experience working in the pharmaceutical industry after having spent several years in academia and treating patients with movement disorders. At the 2022 Advanced Therapeutics in Movement and Related Disorders (ATMRD) Congress in Washington, DC, June 17-19, Hubble discussed the insight she gleaned from this dual-career experience, speaking about the so-called “downs” that have plagued the view of industry for some and discussed the positives that can come from those who work in drug development. 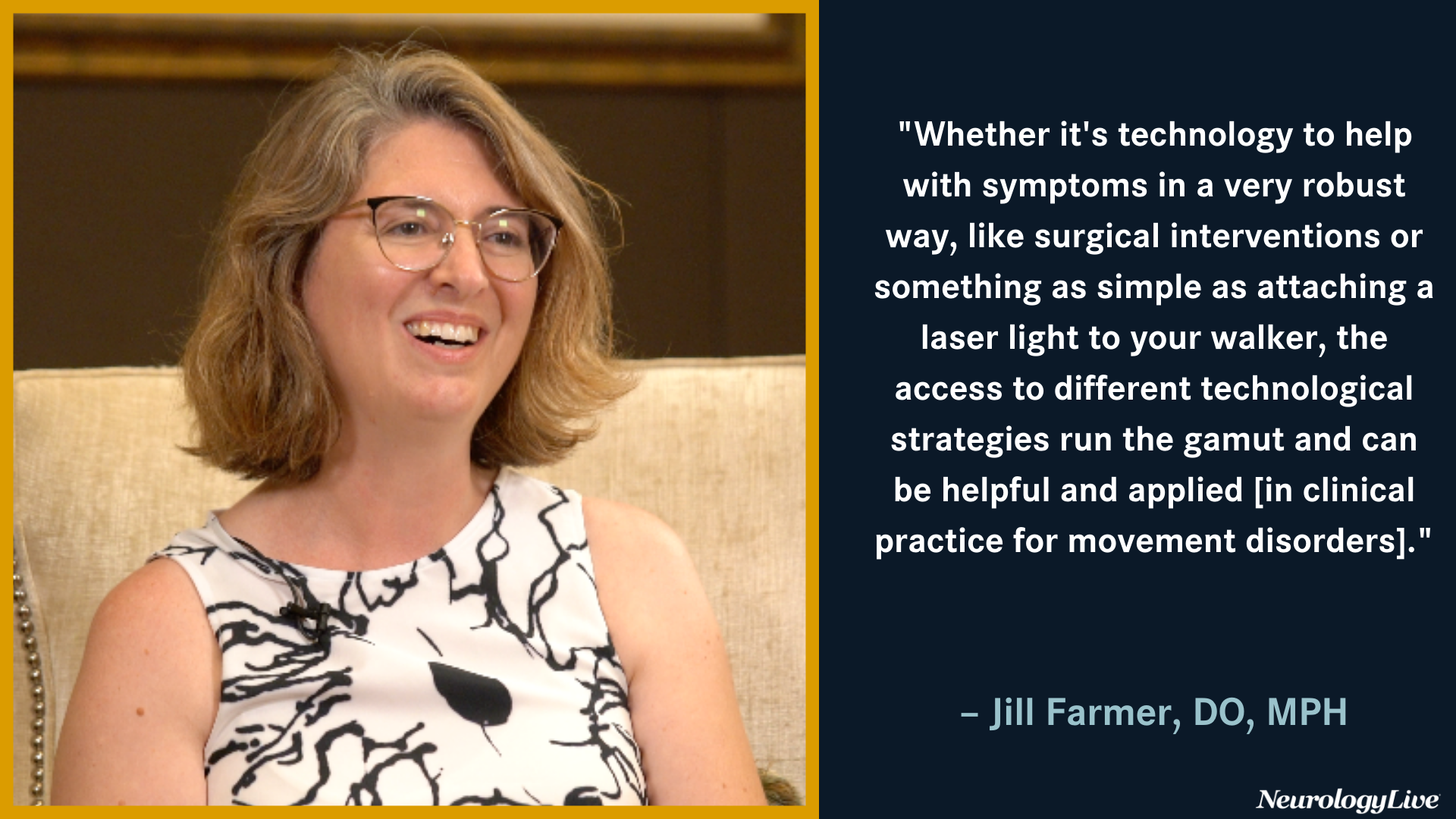 Jill Farmer, DO, MPH, an assistant professor of neurology and the director of the Parkinson’s Disease & Movement Disorder Program at Global Neurosciences Institute, recently explained that the expansion of technology has been most beneficial in terms of capturing and assessing large-scale data for patients with movement disorders. Farmer sat down to discuss the latest in technological advances for these patients, commenting on the new modalities being used, the differences in surgical options, and where the field may expand next. 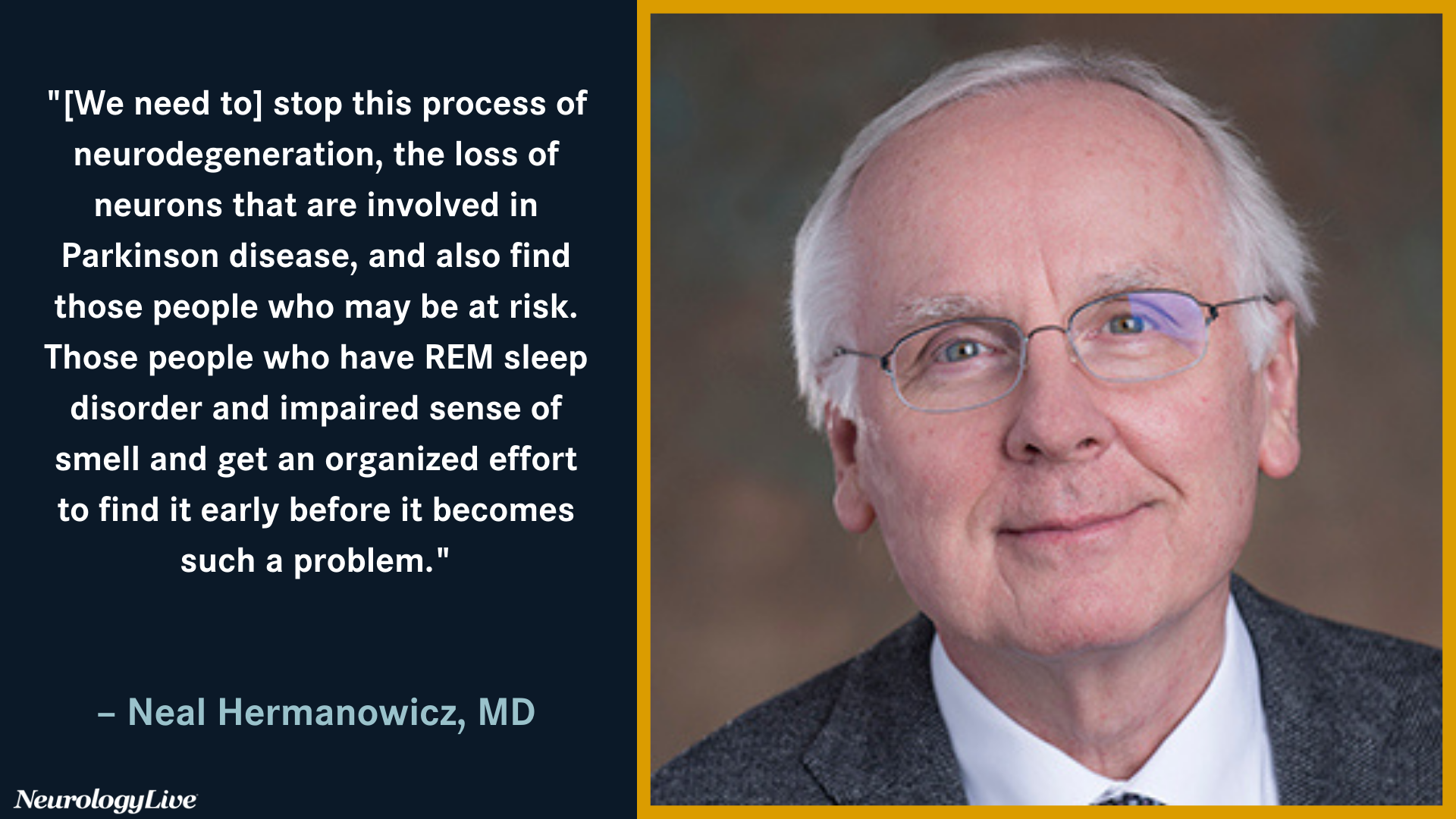 Neal Hermanowicz, MD, a neurologist at Christus St. Vincent Health System and the lead investigator on a recently conducted survey study assessing the effect of increased social isolation on mood and nonmotor symptoms of Parkinson disease (PD), recently offered insight into the results. For patients with PD, the pandemic only elevated the neuropsychiatric symptoms they experience, which in some cases have been known to be more troubling than the motor symptoms. Hermanowicz talked about related research for these patients and the emphasis on modifiable activities aimed at improving quality of life. 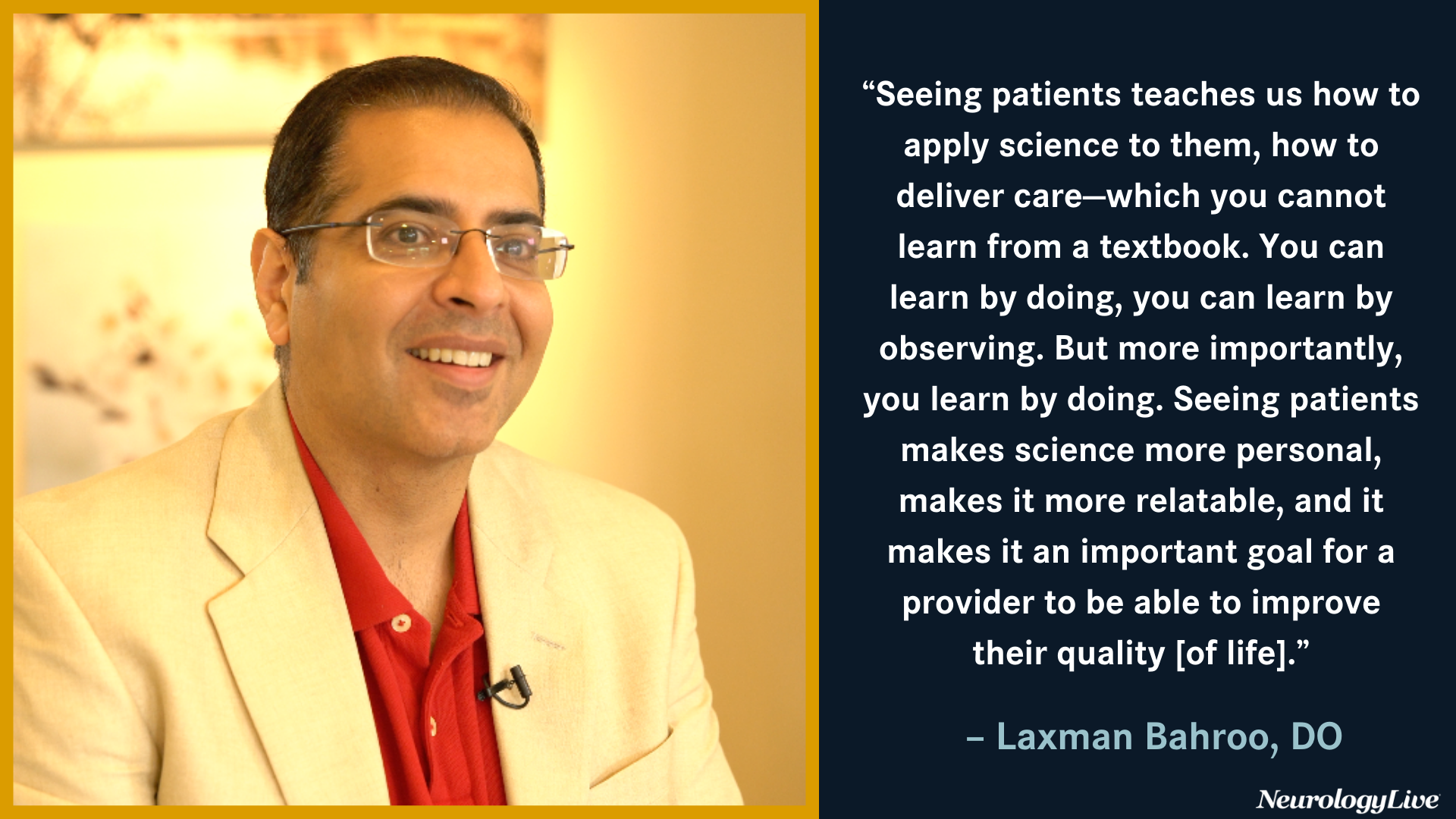 Laxman Bahroo, DO, an assistant professor of neurology and the codirector of the Neurology Residency Program at MedStar Georgetown University Hospital, recently spoke about the need to refocus on the importance of the patients’ role in the conversation around their care, highlighting this sometimes-overlooked aspect of shared decision-making. The heterogeneity of the movement disorders patient population, Bahroo explained, provides a constant learning experience, even for those who have been in practice for quite some time.

Ultimately, the investigators, including Wolfgang H. Oertel, MD, PhD, professor of neurology, Hertie Senior Research Professor, Philips University of Marburg, concluded that the results of this assessment warrant further exploration. “The improvements seen with amantadine [delayed-release/extended-release] could have resulted from the high early morning amantadine concentrations not observed for the other two formulations,” Oertel et al wrote.

Data on the pharmacodynamic and pharmacokinetic effects of IPX203, an investigational oral extended-release formulation of carbidopa-levodopa from Amneal Pharmaceuticals for the treatment of PD, suggest—and according to the investigators, appear to confirm—that the novel design of the drug address some of the limitations of the current oral delivery levodopa options.2

The pharmacokinetic data, collected from a phase 2 study in those with PD (NCT03007888), showed that those with PD who were treated with IPX203 had rapid absorption followed by sustained plasma concentrations, with a maximum serum concentration­­ of 2.768 ng/mL (SD, 1.259) compared with 2.357 ng/mL (SD, 1.179) for immediate-release carbidopa-levodopa.

After an adjustment to the protocol of an ongoing, multicenter, open-label phase 3 study (NCT02542696) of the use of apomorphine sublingual film (Kynmobi; Sunovion) in the treatment of patients with PD, no more than 13% of those enrolled at that point who were unable to utilize the antiemetic trimethobenzamide during the dose-titration phase reported experiencing vomiting, nausea, or treatment-emergent adverse events (AEs) associated with either.3

This analysis included 176 new patients enrolled post protocol amendment. Of those, 145 did not receive trimethobenzamide as an antiemetic treatment. These patients received doses of apomorphine sublingual film of 10 mg to 30 mg. Notably, 76% of these patients received the highest dose of the therapy within their first 3 doses. “The majority of United States patients with Parkinson’s disease and ‘OFF’ episodes were titrated to an effective and tolerable dose of apomorphine sublingual film without antiemetics in an interim analysis of a long-term safety and efficacy study after a protocol amendment that prohibited prophylactic use of trimethobenzamide,” investigators, including Robert A. Hauser, MD, MBA, professor of neurology, and director, Parkinson’s Disease and Movement Disorder Center, University of South Florida, wrote.

New dara suggest that add-on, once-daily treatment with opicapone 50 mg (Ongentys; Neurocrine Biosceicnes) as adjunctive treatment to levodopa/carbidopa can be safe and effective in patient with PD who experience OFF episodes. The data show that treatment-emergent AEs were slightly more common in older patients—both on treatment and placebo—though the 50-mg dose of opicapone, the recommended dose for those without hepatic impairment, displayed tolerability among these individuals, which the investigators wrote, “support[s] that opicapone requires no dose adjustments for age.”4