The study of 251 hospitalized patients with COVID-19 found that biomarkers were elevated to levels that were similar to—or even higher than—those observed in patients with Alzheimer disease. 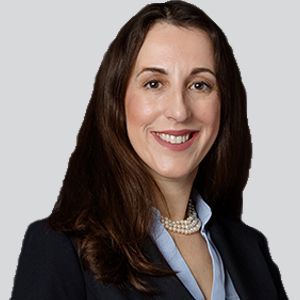 A recent study found that levels of neurodegenerative biomarkers in hospitalized patients with COVID-19 were elevated to, or higher than, those seen in patients with Alzheimer disease (AD). Further, the biomarkers were associated with encephalopathy and worse outcomes for these patients.

The study included a total of 251 patients hospitalized for COVID-19 and no history of dementia, all of whom had banked serum specimens available for analysis from the Study of Neurologic and Psychiatric Events in Acute COVID-19 cohort. A retrospective analysis evaluated a total of 7 biomarkers, including serum total tau (t-tau), phosphorylated tau-181 (p-tau181), glial fibrillary acidic protein (GFAP), neurofilament light chain (NfL), ubiquitin carboxy-terminal hydrolase L1 (UCHL1), and amyloid-ß (Aβ40,42) for comparisons between those that did or did not have encephalopathy, those that died in-hospital or survived, as well as those that were discharged to home or other dispositions.

Investigators, led by Jennifer Frontera, MD, professor of neurology, NYU Langone Grossman School of Medicine, concluded that, for those who died in hospital, levels of t-tau (P <.001), p-tau181 (P = .022), GFAP (P = .001), and NfL (P = .006) were significantly elevated at the time of admission. For those who were discharged to home, t-tau (P = .009), GFAP (P <.001), and NfL (P = .044) were significantly lower. Markers were found to correlate with COVID-19 severity; and NfL, GFAP, and UCHL1 were higher in patients with COVID-19 than in non-COVID controls with mild cognitive impairment (MCI) or AD. Levels of t-tau, p-tau181, UCHL1, GFAP, and NfL were also significantly elevated in patients with encephalopathy.

“What we found was, not only were these biomarkers elevated in the COVID patients with neurological injury, compared to those without neurological injury, and were also elevated in patients who died in-hospital, and were significantly lower in the patients who were able to go home, but these neurodegenerative biomarker levels were actually as high as, or higher than, levels observed in patients with Alzheimer's disease,” Frontera told NeurologyLive®.

“That indicates that there’s a significant and substantial amount of brain injury that’s occurring in some of these patients during their acute hospitalization for COVID. I should note that the patients that had more severe COVID—meaning [they] were more hypoxic, had multisystem organ failure—these were the patients that were more likely to demonstrate elevations in neurodegenerative biomarkers, as well as having symptomatology reflective of neurological injury,” she added.

“We just looked at one time frame, so it would be important to look serially over time at what happens to these biomarkers,” Frontera said, when asked about additional research needs. “There are some studies suggesting that though they may be high in the acute setting, that they decline thereafter, in the context of COVID and also in the context of other non-COVID illnesses like traumatic brain injury. We also would like to be able to correlate levels of these markers, or trajectories of these markers, over time with actual neuropsychological testing specific for different stages of dementia, for example, or different stages of cognitive disability, as well as functional outcomes in these patients to see how they correlate over time.”