In addition to improving ON time in patients with Parkinson disease, ND0612 was well tolerated, with only 6.3% of patients randomized to the treatment discontinuing the trial. 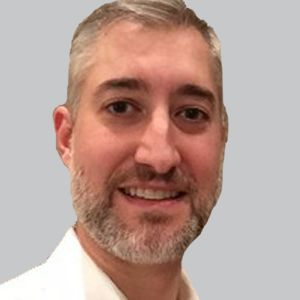 The drug, ND0612, is designed to improve the pharmacokinectic profiles of oral LD/CD by avoiding gastric involvement and maintaining stable and continuous therapeutic levodopa plasma concentrations. Over a 12-week treatment period, patients randomly assigned to the agent demonstrated a statistically superior difference of 1.72 hours in good ON time (P <.0001). Regulatory submissions for ND0612 in the US are expected to come this year and later in the European Union.

"With current, limited options for people with Parkinson’s disease experiencing motor fluctuations, ND0612 has the potential, subject to regulatory approval, to change the treatment paradigm and become an effective, well-tolerated treatment option to better control motor fluctuations," Ryan Case, PhD, head of Clinical Medical Affairs at Neuroderm, told NeurologyLive®. "This is because, while Levodopa is the standard of care therapy for Parkinson’s disease administered together with a levodopa degradation inhibitor (usually carbidopa), chronic oral levodopa therapy is often associated with the development of motor complications that result from fluctuating levodopa plasma concentrations (peaks and troughs), limiting its clinical utility."

Findings from BouNDless trial complemented long-term safety data from the BeyoND study (NCT02726386), which was published in early 2022. That open-label safety study included 214 patients with PD who were assigned to receive ND0612 for a regimen of either 16-hours/day or 24-hours/day. Of them, 120 completed the first year and 114 continued into the extension period, where they were followed for up to 102 months of treatment. Eligible patients were taking at least 4 levodopa doses/day, at least 1 other PD medication, and experienced at least 2 hours of OFF time/day with predictable morning OFF periods.2

As of May 2021, 64 patients were still in the study, with a treatment duration of up to 4.6 years. Infusion site reactions (ISR)/consent withdrawn due to ISR, found in 17.7% of patients, was the top reason for treatment discontinuation, followed by lack of efficacy (14.5%), and other treatment-emergent adverse events (TEAE; 12.1%). Overall, 73% of treated patients experienced at least 1 TEAE, with serious TEAEs occurring in 5.6% of patients. The most common systemic TEAEs were fall (16.4%), urinary tract infection (13.1%), and nausea (10.3%).