The director of the Lou Ruvo Center for Brain Health and neurologist at Cleveland Clinic discussed a recently initiated study that will look at the FDA-approved cancer drug lenalidomide for the treatment of Alzheimer disease. 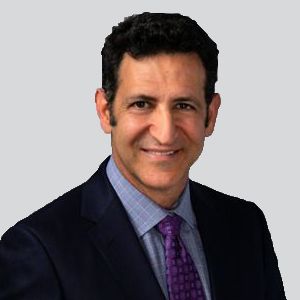 Sabbagh, Decourt, and colleague will be tasked with identifying whether the drug reduces inflammation and other disease-related neuropathological features, as well as if there’s an impact on cognition of those living with MCI. The strategy of the study is to target multiple AD neuropathologies at once, a relatively unknown and uncommon approach.

Sabbagh, director of the Lou Ruvo Center for Brain Health, and neurologist, Cleveland Clinic, sat down with NeurologyLive as part of the NeuroVoices series to provide his thoughts on the significance of the study and why lenalidomide was chosen. He also delved into the advantages of using repurposed drugs within the AD space, whether drugs that impact inflammation need more attention, and the uniqueness of targeting multiple AD neuropathologies at once.

NeurologyLive: Can you provide some detail on the dual studies? How will they differ and what end points do you plan to observe?

Marwan Sabbagh, MD: We actually have 2 grants, 1 being an NIH R1 and the other coming from the Alzheimer’s Drug Discovery Foundation. The background story is that lenalidomide is a cancer drug approved to treat myeloma and leukemia that has been around for a long time. It is the child of thalidomide, the infamous thalidomide. As for the backstory, in 2009 we got an NIH grant to look at thalidomide to treat Alzheimer disease. We did the study and concluded that thalidomide had a lot of challenges from a regulatory standpoint, as well as being poorly tolerated. Overall, this population didn’t tolerate thalidomide.

The reason these omides are picked is because they have a dual mechanism of action that inhibits both TNF alpha and inflammation in the non-COX pathway, but also the TNF alpha pathway. These also have potent effects on both amyloid and base. While we were doing the thalidomide study, my co-principal Boris Decourt, PhD, realized that lenalidomide will do the same thing without the toxicity.

Years later, we got 2 grants and now we’re studying it in mild cognitive impairment in 2 studies, side-by-side. One is the MCLENA-1 study. This study will look at 30 patients with mild cognitive impairment due to Alzheimer’s, randomized 1:1 to lenalidomide 10 mg or placebo treated for a year. The outcome measures are geared towards cognitive measures, but we plan to look at MRI and other imaging measures. MCLENA-2 is a 6-month study that will use 5mg lenalidomide, with a heavy focus on biomarkers. It is a 2:1 randomization, 30 patients on the drug, 15 on placebo, with the idea that we would look at mostly CSF biomarkers. They’re actually sister studies that address different things, so think of them as 2 phase 2 studies essentially.

What has been previously studied using the strategy of targeting multiple Alzheimer disease neuropathologies?

When you look at the way our field has pursued drug development, it’s always more towards a mono, single target. That’s kind of putting the blinders on. There are a lot of evidence to suggest that there is nobody with a pure pathology. If you look at Alzheimer disease patients, less than a third, maybe even only a quarter actually have pure plaques and tangles. They’ll have vascular or Lewy bodies, etc. Most of them are overlapped. The idea is to find a drug that can hit multiple targets. People used to frown upon that idea but now realize how good of a thought it is. In general, we’re realizing that the pathology is more complex than what we thought.

Do repurposed drugs need more observation? Or is this an area that researchers should not dig too deeply into?

Another good example of a repurposed drug is when the antiepileptic drug, levetiracetam, was put in microscopic doses and was said to normalize things. There is a deep inherent appeal to repurposing drugs because we know the safety and toxicity profiles. People have looked for it, but I don’t think that’s going to become the new wave. Monoclonals such as Humira (adalimumab; AbbVie) are not going to be taken off the shelf and given to a patient with Alzheimer. There’s appeal, but there’s just not a broad number of drugs that you could repurpose.

If successful, do you think other drugs that reduce inflammation may get their look in Alzheimer disease? Is there an appropriate range to which drugs can be observed?

Inflammation has been popular in our field for 30 years. It comes and goes. When you look at it, the early studies were COX driven and involved all the NSAIDs (non-steroidal anti-inflammatory drugs). Dating back to the early 90s, there was indomethacin to treat Alzheimer’s and then there were a bunch of prevention trials. There was the ADAPT study, the naproxen studies, etc. NSAIDs were tried in the 90s and 2000s and didn’t work. For the most part, they didn’t have much of an effect. After that, inflammation as a target fell out of favor.

It came back and people started to scratch their head when Ed Tobinick, MD, started injecting entanercept very controversially and very inappropriately into people’s spinal fluid canals. That stirred a lot of controversy. The reason is, from my perspective as the messenger and the message, is that he decided not to prosecute science in any responsible way. One hundred percent of the people would agree that was just irresponsible.

If you split the message from the messenger, entanercept is a very potent TNF alpha blocker and targets inflammation. That makes us think that maybe we should look at inflammation. My main though is yes, if we show any signal whatsoever on our anti-inflammatory approach, everyone is going to rush back into the inflammation space. It has come and gone and come and gone, but now it’s coming back into vogue again, not on the COX side, but on this other pathway. That’s appealing, right? Because it’s a targetable space.

People are looking at inflammation in terms of microbial activation, interleukins, interferons, etc. The 1 thing I have to say about our approach is that it has the anti-inflammatory, anti-Alzheimer pro tool. We’re not getting 1, but both. Of note, our approach has held up to peer-reviewed science. It’s not like we’re just coming up with this idea and going to tell everyone about it. We’ve had NIH study sections and grant committees tear this up, and we still got the funding.

Do you feel that this drug could pose as a serious disease-modifying therapy if the study is successful?

Let me first say, with full disclosure that I have no proprietary stake in lenalidomide. I do not own the drug. The US patent is owned by Celgene and BMS. I have no grant, no intellectual property on lenalidomide. I’m coming into this agnostic. The interesting thing about it though, is that it’s an oral drug that has its own known track record and safety profile. It’s not a coincidence that it can suppress your blood count. It’s a drug that needs a lot of surveillance and monitoring, but thousands of people take lenalidomide to treat myeloma every year. Thousands, tens of thousands. We know that the drug is safe to an extent, and we know how to manage it. In fact, it’s 1 of the most common cancer drugs prescribed. My point is that if we show any signal, people will swoon to it because it’s cheap compared to a monoclonal. If I could show any mechanism, a decent mechanism of action on a clinical signal, the companies that own this drug will probably take keen interest in it.

I just want to reiterate that the study is already approved and is currently enrolling. Please come to Cleveland Clinic Nevada. This study is up and running as we speak, and we’ve already screened 7 patients who enrolled so far. We’re hoping that people read our story and feel compelled to enroll.