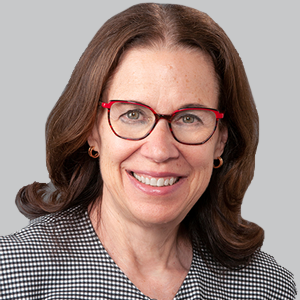 In recent years, several key pieces of literature have identified healthy lifestyle traits that may substantially reduce the risk of Alzheimer disease (AD). One such study, funded by the National Institutes of Health, found that those who adhered to at least 4 of the 5 specified behaviors had a 60% lowered risk of developing the neurodegenerative disease. They included physical activity, not smoking, limiting alcohol consumption, dieting, and engaging in cognitive activities, which have all become a more focal discussion point today.1

The known correlations have grown between AD and sleep, another lifestyle factor. Sleep issues and more severe sleep disorders are common in patients with AD and can have a significant impact on quality of life for them and their caregiver. A 2021 study found that continuous airway pressure treatment and adherence were independently associated with lowered odds of incident AD in older adults.2 At the 2022 SLEEP Annual Meeting, June 4-8, in Charlotte, North Carolina, numerous conversations were centered around sleep problems in those with AD, including one talk given by Ruth Benca, MD, PhD.

Benca, professor and chair of Psychiatry & Human Behavior at the Wake Forest School of Medicine, wanted to home in on the impact and management of sleep issues in these patients, as well as how they affect their caregivers. Prior to her talk, she sat down with NeurologyLive® to discuss the presentation, along with some of the major talking points being discussed within the field. In a new iteration of NeuroVoices, Benca stressed the importance of maintaining sleep quality, the significant impact sleep disorders can have on quality of life in AD, and why the early presence of sleep issues can be a telling sign of risk for AD.

NeurologyLive®: Can you first provide an overview of what you’ll be presenting on?

If they have behavioral problems, their cognitive problems are worse, they have more depression and anxiety. It’s the sleep problems that go along with the other problems that patients with Alzheimer disease have. There’s that impact. Of course, sleep problems in a patient with Alzheimer are going to impact their caregivers if they’re at home because if the patient is not sleeping at night, their caregivers isn’t sleeping at night. What we have found reviewing literature is that nocturnal wanderings are the biggest problem for caregivers. The other impact for patients is if they have a lot of sleep disturbances and aren’t able to remain in bed asleep at night, it leads to a greater risk of institutionalization, which is costly and often not desired by anybody. Sleep problems affect the caregivers, and a lot of studies have shown that if the patient is not sleeping well, their caregivers tend to not be sleeping as well either because they have to get up a lot. They have more anxiety and depression, and both the patient’s and caregiver’s quality of life suffers as a result.

Looking at the caregiver aspect of things, is this an area that is sort of not discussed as much as is something that sort of flies under the radar?

What are some of the early signs that a patient with Alzheimer disease may be developing a sleep disorder? When do you sort of pick up those types of things?

One of the things is that sleep problems are often the first symptom. It’s a very early symptom and it may occur prior to cognitive problems or mood problems. We know that people in general, both kids and adults, who have more sleep problems are more insomnia are more likely to develop mood problems. We know that mood problems are also common in patients with Alzheimer disease, so we think there’s a progression. For example, with insomnia and mood issues, we’re understanding more about the functions of sleep and that sleep is very important for clearing abnormal substances like amyloid and tau, which are involved in Alzheimer disease. It’s important in clearing those from the brain during sleep; we know that sleep problems can contribute to that. We also know that obstructive sleep apnea is a risk factor, and that may be also because of its effects on cerebrovascular disease, as well as disrupting sleep and potentially impacting clearance of Alzheimer toxins from the brain. We’re trying to understand that as well.