The director of NYU Langone’s Alzheimer’s Disease Research Center and Center for Cognitive Neurology provided perspective on raising awareness for World Alzheimer’s Day and the ongoing challenges patients with the disease face. 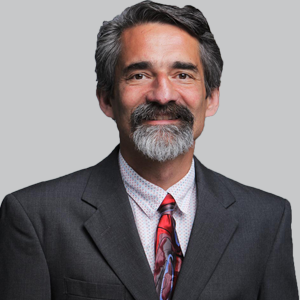 Each year, on September 21, the medical world concentrates its efforts on creating awareness of Alzheimer disease (AD). Named after physician Alois Alzheimer, MD, AD is a neurodegenerative disorder that impacts memory, cognitive function, and eventually, the ability to carry out daily tasks. AD currently ranks as the sixth leading cause of death in the US, but recent estimates indicate that the disorder may rank third, just behind heart disease and cancer, as a cause of death for older people.

In 1994, Alzheimer’s Disease International, an organization dedicated to supporting those with the disease and expediting related policies, introduced World Alzheimer’s Day in Edinburgh, Scotland, during its annual conference to mark its 10th anniversary. A decade and a half later, in 2009, the first World Alzheimer Report was launched on the day and has been issued every year since. This year’s report will be once again commissioned by McGill University, with the aim to provide perspective on post-diagnosis care models through expert essays, case studies, perspectives from those living with the disease, and examples of best practice in post-diagnostic care.

To learn more about the importance of World Alzheimer’s Day, NeurologyLive® sat down with Thomas M. Wisniewski, MD, director of the NYU Langone’s Alzheimer’s Disease Research Center. As part of a new iteration of NeuroVoices, Wisniewski provided commentary on key aspects of AD care, the importance of caregiver burden, and the current understanding of the pathology of the disease. He also stressed the strides made in clinical research, and the need to diversify drug development.

NeurologyLive®: Why is World Alzheimer's Day important to recognize? Are there aspects of Alzheimer disease the public is unaware of?

Thomas Wisniewski, MD: The Alzheimer disease and related dementias represent the growing healthcare crisis not only in the United States, but globally. As the population here in the US, but also throughout the world, ages, there's an expectation of a vast increase in the number of individuals who suffer from Alzheimer disease and related dementias. That's going to have major societal and health care ramifications. Individuals with Alzheimer disease and related dementias require a great deal of care and it's extremely stressful for the family members and their caregivers. It's also extremely expensive for the health care systems involved. There's been a great expectation that in the coming decades, the numbers are going to grow, almost exponentially.

In the US, currently, we have about the 6.5 million Americans affected. That's associated with an estimated cost this year of around $325 billion. But by 2050, the expectation is that the numbers of affected patients in the US will be around 13 million, and that will be associated with an estimated cost close to around a trillion dollars. Those are huge numbers, and this isn't just an issue for the Western world. This for developing countries and underdeveloped countries as well. It's a world crisis. There have been many developments in Alzheimer disease, but up to now we haven't had a disease modifying therapeutic approach. It's only therapies that are symptomatic. There is the possibility that on the horizon, we will have some disease modifying approaches, although that really remains to be seen. But it is an exciting time for research and the promise of potentially having better therapeutic interventions.

How has our understanding of Alzheimer disease improved throughout the years?

The pathology of Alzheimer disease is reasonably well understood. It's related to the accumulation of amyloid-ß in an amyloid plaques, neuritic plaques, as well as the accumulation of abnormally phosphorylated tau protein that forms neurofibrillary tangles. The amyloid-ß protein also accumulates in cerebral blood vessels in something called cerebral amyloid angiopathy, as well as vascular amyloid, which is also is an important part of the pathology of Alzheimer disease. For the amyloid-ß protein, as well as for the abnormally phosphorylated tau protein, it's thought that the soluble oligomeric species of amyloid-ß and tau are the most toxic and most responsible for driving neuronal dysfunction and death. That's a major therapeutic target for many of the developing approaches.

Despite having those common lesions, it’s become abundantly clear that the pathogenesis of Alzheimer disease is heterogeneous. In the very rare early onset forms of Alzheimer disease that are associated with mutations and genes like PSEN1 and PSEN2 in the amyloid precursor protein—which are less than 1% of the total [population]—there’s the overproduction of amyloid-ß that's driving the process because of the mutations in those particular genes. But in the much more common late onset forms of Alzheimer disease, over 30 different genes have been identified in various genome wide association studies. They're in diverse pathways in cholesterol metabolism, immune function, endosomal lysosomal function, synaptic function, etc. The drivers of the disease are diverse; therefore, the therapeutic approaches that might be amenable also have to be diverse.

It used to be that most of the preclinical and clinical trials were very much amyloid-centralized. Almost all targeted amyloid-ß on the plaque side of things, but in the last few years, that hasn’t been true. Diverse targets are being assessed. These approaches are not mutually exclusive, they can be sort of honed to particular subsets of Alzheimer's disease, with their specific underlying pathogenesis. We can be much more focused in our approach, given the type of Alzheimer disease and the stage that a particular patient is in and hopefully, in the future, when we'll have possibly a whole set of different approaches that address various pathogenic pathways of Alzheimer disease. While the basic lesions and what's happening in these lesions is well understood we’re still understanding what’s ultimately driving the emergence of this pathology. It’s very complex, and the approaches being assessed are helping to address that sort of complexity.

What symptoms continue to cause the most issues?

For clinicians, it's certainly important to recognize that Alzheimer disease affects the whole dyad or family unit. When optimizing your treatment of the patient, you also have to address the concerns of the caregivers, the stress that the condition puts upon them, and to make sure that one can optimize the support structures that can enable the caregiver to optimize the care to the patient and relieve their stress. We have approximately 6.5 million Americans with Alzheimer disease and related dementias, but it's estimated that around 11 million Americans provide unpaid care to the affected individuals. That’s estimated at about 16 billion hours of care being devoted to these folks, and if compensated, would be at a cost of $272 billion. The amount of care that's needed, and the stress related to giving them care, is something that clinicians have to work to mitigate. Looking at those concerns of the caregivers is ultimately something that helps the care of the patient, delays the need for institutionalization, and helps they’re overall welfare. It’s just the recognition that one can't be focused just on the diagnosis of the patient but looking at the whole family and caregiver structure is an important consideration.