The National Institutes of Health program, dubbed Accelerating Leading-edge Science in ALS, or ALS2, is set to invest $25M over 5 years for exceptionally creative and riskier research. 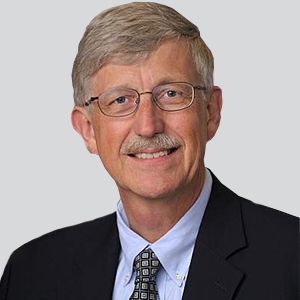 The National Institutes of Health (NIH) has announced that it is launching a new initiative aimed at encouraging innovation in amyotrophic lateral sclerosis (ALS) research. The program, dubbed Accelerating Leading-edge Science in ALS (ALS2), will invest $25 million over the course of a 5-year period.1

The Institutes noted that with no cure and a high rate of mortality associated with ALS, there is a vital need for advances. As of now, there are 2 therapies FDA-approved for its treatment— riluzole (Rilutek; Sanofi) and edaravone (Radicava; Mitsubishi Tanabe Pharma)&mdash;which can prolong the life of patients but cannot improve symptoms.

“Over the past few decades, there has been significant progress in our understanding of ALS, but we still do not have any breakthrough treatments for this terrible disease,” said Francis S. Collins, MD, PhD, director, NIH, said in a statement. “We hope this program will inject new ideas to the field to push us rapidly toward effective therapies.”

ALS2 will operate through the HRHR program’s Transformative Research Award initiative, which is considered well-suited for interdisciplinary science, in hopes of sparking new ideas.

The ALS2 program will use a 3-pronged approach, according to the NIH, which are as follows:

This announcement follows a number of advances in ALS thus far this year, including Orphazyme’s arimoclomol getting fast track designation in June, and the FDA acceptance of an investigational new drug application—and a corresponding phase 3 study&mdash;for AB Science’s masitinib in April.2,3

As well, in an innovative fashion, a platform clinical trial with a novel design including a single master protocol and placebo control arm for multiple candidate treatments, successfully used to test new drugs for cancer, was launched in February at the Healey Center for ALS at Massachusetts General Hospital (MGH) to expedite clinical assessment of investigational agents for the terminal neuromuscular disease.4

In contrast to the more lengthy and costly process of conducting controlled clinical trials of 1 candidate drug at a time—which has yielded only 1 FDA-approved compound for ALS (edaravone) since riluzole was approved in 1995&mdash;the Healey Center announced in September 2019 that it would start with as many as 5 candidate drugs. The Healey Center is collaborating with the network of clinical research and treatment sites in the Northeast ALS Consortium (NEALS) and working with each of the selected biotechnology firms to tailor platform trial study arms to the respective investigational products.

The NIH noted that information on a Notice of Special Interest to accompany the Transformative Research Award funding opportunity will be posted at commonfund.nih.gov/tra/grants.