A group of 15 repurposed agents were identified as the best candidates for activity against the network of 20 related and distinct biochemical pathways that are dysregulated in AD-related dementia. 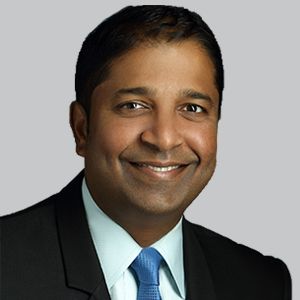 According to a recent announcement, the National Institutes of Aging (NIA) will be conducting a new innovative study to determine whether medicines currently FDA-approved to treat conditions other than dementia can help prevent or treat Alzheimer disease (AD).1,2

Neurologist Madhav Thambisetty, MD, DPhil, will lead the project in collaboration with researchers at Harvard Medical School, Rutgers University, and Johns Hopkins University School of Medicine, to design a new approach that would be an alternative to traditional drug discovery.

The study, titled Drug Repurposing for Effective Alzheimer’s Medicines (DREAM), will focus on drugs that have already been shown safe and effective for other conditions. The investigators will forego observing data from animal testing models and will instead look at data from large numbers of people who have already been treated with these compounds for other disorders.

Plans for the DREAM study were recently published in Alzheimer’s and Dementia: Translational and Clinical Interventions in a perspective. Based on abnormal glycolysis as a primary progenitor pathway, researchers hypothesized that there may be greater than 20 related and distinct biochemical pathways that are dysregulated in the AD-related dementia (ADRD) brain. These abnormalities may precede or influence the brain changes that lead to dementia.

To further test this hypothesis, the investigators generated a list of 250 genes that are known to regulate individual reactions within the component pathways of the Alzheimer Disease Aberrant Metabolism (ADAM) network. Using these genetic regulators within the aforementioned dysregulated pathways, 35 FDA-approved drugs were identified as potential repurposing candidates. Of these 35, the team selected 15 drugs as the best candidates for further analysis.

The DREAM study leverages 2 large population-based data sources for pharmacoepidemiologic analyses, the first being the insurance claims data from the Medicare program, and the second is the Clinical Practice Research Datalink (CPRD) GOLD, which is a large United Kingdom primary care database containing de-identified data on nearly 15 million people. Results from the DREAM study could help guide future research, especially if an identified drug appears to reduce the risk or severity of AD and ADRDs.

The hypothesis of repurposing drugs for AD has become increasingly popular in recent years. Cleveland Clinic recently announced that it will conduct a trial that will examine lenalidomide, an FDA-approved anti-cancer drug, in early-stage AD or mild cognitive impairment (MCI). That project is comprised of 2 dual studies and is led by Marwan Sabbagh, MD, and Boris Decourt, PhD.3

Sabbagh, along with colleagues including Jeffrey Cummings, MD, ScD, who serves as the director emeritus of the Lou Ruvo Center for Brain Health at Cleveland Clinic, and vice chair of the Department of Brian Health at the University of Nevada – Las Vegas, recently published a yearly report on the state of the AD treatment pipeline, in which the group noted there was an increase in the number of repurposed agents in the pipeline from 2019 to 2020.4 This datapoint drew Cummings’ attention as a potential area to prioritize.

At the time of the report, he told NeurologyLive, "One [thing that stuck out] was the great increase in the number of repurposed compounds that are in the pipeline. One of the things that alarmed me though was the relatively small number of agents coming into phase 1. We really have to get those drugs out of the lab, out of the animals, and into humans more successfully.”