Ocrelizumab Shows No Effect on Pregnancy and Infant Outcomes

Using a cohort of more than 2000 pregnancies, the data showed an extremely rare number of major congenital anomalies while on ocrelizumab, as most patients underwent live birth with no issue. 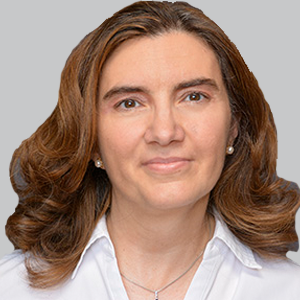 In the largest dataset of pregnancy outcomes for an anti-CD20 therapy in multiple sclerosis (MS) to date, findings showed that ocrelizumab (Ocrevus; Genentech) is safe for pregnant women, and does not increase the risk of preterm birth, major congenital anomalies (MCA), or other adverse events.1

The study, presented at the 38th Congress of the European Committee for Treatment and Research in Multiple Sclerosis (ECTRIMS), October 26-28, in Amsterdam, Netherlands, included 2020 cumulative MS pregnancies, with a prospective (n = 1498) and retrospective (n = 513) cohort. Led by Celia Oreja-Guevara, MD, PhD, University Hospital San Carlos, Madrid, Spain, the findings were in line with previous epidemiological data in that these risks were not elevated in utero.

In the study, maternal exposure was defined as receiving at least 1 ocrelizumab infusion before the last menstrual period (LMP) or during pregnancy. For in utero fetal exposure, the last infusion was within 3 months prior to LMP/during pregnancy. Fetal deaths were considered spontaneous abortions (SA) if they occurred with less than 22 complete gestational weeks (GW), or otherwise considered stillbirth (SB) if later. Preterm births were live births (LB) if they were less than 37 complete GWs.

In a 2019 study of 267 women with MS, Oreja-Guevara et al showed that treatment with ocrelizumab does not increase the risk of adverse pregnancy outcomes, including SA or malformations. At the cut-off, there were 62 live births, 86 ongoing pregnancies, 25 EA, 10 SA, 1 SB, 3 ectopic pregnancies, 22 lost to follow-up and 58 unknown/outcome not reported.2 Similarly, a study published in early 2022 did not find any major safty signals for patients on ocrelizumab prior to conception or during the first trimester of pregnancy. That study, although smaller in scale (14 pregnancies, 12 patients with MS), suggested that patients have a stable disease course despite a prolonged period of treatment interruption during pregnancy.3