The findings suggest and confirm previous studies that suggested plasma p-tau181 may be used as a measure to monitor Alzheimer disease progression in clinical practice and treatment trials. 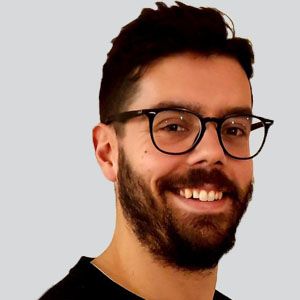 Plasma phosphorylated tau at threonine 181 (p-tau181) is an accessible and scalable marker specific to Alzheimer disease (AD) for predicting and monitoring neurodegeneration and cognitive decline, according to results from a longitudinal study.

Author Alexis Moscoso, PhD, department of psychiatry and neurochemistry, Institute of Neuroscience and Physiology, University of Gothenburg, and colleagues included data on 1113 participants from the Alzheimer’s Disease Neuroimaging Initiative from February 1, 2007, to June 6, 2017, and examined the potential of longitudinal plasma p-tau181 measures on neurodegeneration and cognitive decline in AD in comparison to plasma neurofilament light chain (NfL).

Plasma NfL similarly pronounced associations with cognition and imaging markers of neurodegeneration, but in contrast to plasma p-tau181, these associations were not AD specific. 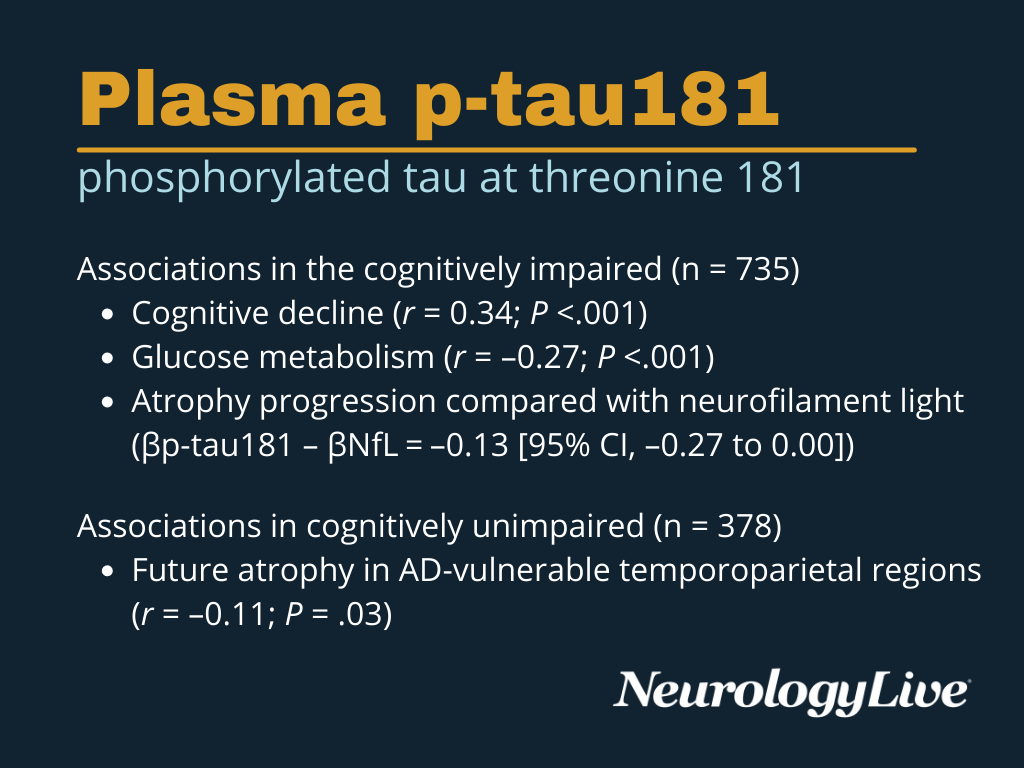 Plasma p-tau181 was also associated with future atrophy in AD-vulnerable temporoparietal regions among CU individuals (r = –0.11; P = .03). “This finding contrasts with the associations between plasma NfL and regional progressive atrophy observed in CU individuals, which were mainly pronounced in frontal regions and did not involve the temporal lobe,” the study authors concluded.

Although plasma p-tau181 and NfL were positively associated, both plasma biomarkers were independently associated with progressive AD-typical neurodegeneration with comparable effect sizes; although, for atrophy progression in the CImp group, plasma p-tau181 had a statistically significantly stronger association than plasma NfL (βp-tau181 – βNfL = –0.13; 95% CI, –0.27 to 0.00).

Within the CU group, none of the plasma biomarkers were significantly associated with decreasing glucose metabolism. Notably, there was a reduced sample size with available longitudinal FDG PET scans (approximately 50% of total patients).

Mediation analyses found that 25% to 45% of baseline plasma p-tau181 association with cognitive decline were mediated by baseline imaging neurodegeneration markers, suggesting links between plasma p-tau181 and cognition independent of these measures.

Data from a number of cohorts published in May 2020 suggested that p-tau181 can predict both tau and amyloid-ß pathologies, differentiate AD from other disorders, and identify it across the clinical spectrum.2