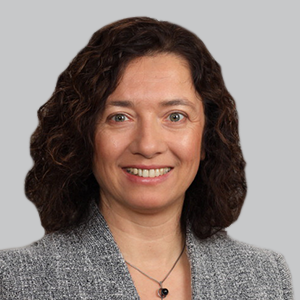 Senior author Kejal Kantarci, MD, researcher, Mayo Clinic, and colleagues wrote that “in this study that utilized amyloid-β PET and I-FP-CIT SPECT biomarkers in MCI-LB, we confirmed the presence, and in some, the co-existence of amyloid-β pathology and Lewy-related pathology.”

Kantarci and colleagues investigated 34 patients with MCI-LB, 30 (88.2%) of which were male. The patients had a mean Mini-Mental State Exam (MMSE) score of 27.6 (standard deviation [SD], 1.7) and a mean Clinical Dementia Rating scale Sum of Boxes (CDR-SB) score of 1,7 (SD, 0.8). Probable rapid eye movement sleep behavior disorder (REM RBD) was the most common core DLB feature observed in 94.1% of patients followed by parkinsonism in 70.6%, fluctuations in 41.2% and visual hallucinations (VH) in 14.7% of patients. About half of patients (47.1%) presented with 2 core DLB features, while 32.4% presented with 3 or more and 20.6% presented with 1 core feature.

Kantarci and colleagues found that patients with an A+ biomarker tended to be older with a higher frequency of APOE ε4 carriers and lower MMSE scores than the A- group. Patients with a D+ biomarker were less likely to have fluctuations than the D- group (P = .026), which remained significant after age adjustment, and were more likely to have RBD than those in the D- group (P = .048), which did not remain significant. The D+ subgroup also had higher Unified Parkinson Disease Rating Scale (UPDRS) 3 scores (P = .019).

“Patients with MCI who have core clinical features of DLB have imaging biomarker abnormalities that are associated with clinical phenotypes. I-FP-CIT SPECT biomarker positivity was associated with the core clinical features of DLB, suggesting that I-FP-CIT SPECT biomarker is a strong predictor of DLB at the prodromal stage. Association of A+ with worse cognitive function suggests that targeting amyloid-β deposition during the prodromal stage of DLB in a subset of patients who are A+ may be a potential strategy for slowing the progression from prodromal DLB to overt DLB,” Kantarci and colleagues concluded.