Among those who took their second nighttime sodium oxybate dose 4 hours after their first, 42% claimed they felt somewhat, quite a bit, or extremely groggy or unsteady the next morning. 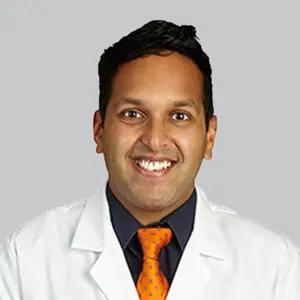 The results, presented at the 2022 American Academy of Neurology (AAN) Annual Meeting, April 2-7, in Seattle, Washington, showed that 94.3% (33 of 35) of those who responded preferred ON-SXB to twice-nightly SXB. Of the 60 patients who completed nocturnal AE questionnaires, 63% (38 of 60) unintentionally missed their second twice-nightly SXB dose within the past 3 months; Of these, 84% felt worsened symptoms the next day.

In total, 42% (10 of 24) of patients who had taken their second twice-nightly SXB dose 4 hours after their first dose reported feeling somewhat, quite a bit, or extremely groggy or unsteady the next morning. Patient preference questionnaires showed that 73% (44 of 60) felt somewhat, quite a bit, or extremely inconvenienced by taking a second nighttime dose. Furthermore, 90% (50 of 60) arose from bed after their second dose, 3 patients reported associated falls, and 2 had injuries. Notably, 20% of patients reported anxiety and 23% claimed they needed someone else to help wake them.

FT218 is still under review by the FDA after the agency pushed back the original Prescription Drug User Fee Act (PDUFA) date of October 15, 2021.2 The new drug application (NDA) was based on positive data from REST-ON, which was held under a special protocol assessment agreement with the FDA. Neither the FDA, nor Avadel, has provided an update on when a decision may come.

When the FDA announced it was still assessing FT218’s data, Greg Divis, chief executive officer of Avadel, said in a statement that, "we have addressed all questions received to date and remain confident that the package we have submitted satisfies all of the FDA’s requests. We have not been informed of any deficiencies in our application and remain fully committed to work closely with the FDA for the duration of its review of our NDA for FT218." He added, "once-at-bedtime FT218 has the potential to truly impact the way people with narcolepsy are able to live their lives and we are dedicated to making this important therapy available to patients as quickly as possible."

REST-ON included a total of 222 patients with narcolepsy who were randomized 1:1 to received uptitration doses of 4.5 g, 6 g, 7.5 g, and 9 g of FT218 or placebo over the course of a 3-week screening period, a 13-week treatment period, and a 1-week follow-up period. The study met all 3 of its primary end points, which were change from baseline in mean sleep latency on the Maintenance Wakefulness test, Clinical Global Impression improvement, and weekly cataplexy attacks within the 6-, 7.5-, and 9-g groups.3