The investigational therapy is a twice-daily injectable identical formulation of the protein ghrelin, being assessed in a 2-part trial including individuals who are highly symptomatic within 28 days of brain injury. 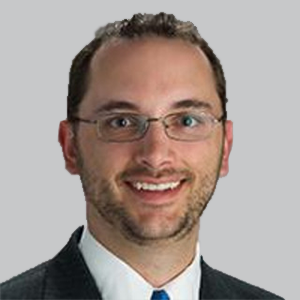 Oxeia Biopharmaceuticals has announced that it has completed an interim analysis of its ongoing phase 2 trial (NCT04558346) of the investigational therapy OXE103, a potential pharmaceutical treatment for concussion.1 No specific data were released in this announcement, but the company noted that once the full topline dataset is available, the results will be presented at an upcoming medical conference.

The trial is being conducted at the University of Kansas Medical Center and is seeking to enroll 40 participants within 28 days of concussive injury who are highly symptomatic at screening, with a primary outcome measure of symptom management changes as measured by the Post Concussion Symptoms Scalequestionnaire during the intervention period, done at days 1 and 15, and the post-treatment period, done at days 21 and 44. Secondary outcomes include the Quality of Life after Brain Injury–Overall Scale questionnaire and the Patient Global Assessment Scale, and Oxiea noted that measures of cognition and balance will also be tracked to provide objective assessment of recovery.

“An effective therapy for these persistently symptomatic patients would be an important step forward,” Michael Rippee, MD, associate professor of neurology, University of Kansas Medical Center, and principal investigator for the study, said in a statement.1

OXE103 is a twice-daily injectable identical formulation of the protein ghrelin, which is secreted by the human stomach. It is delivered in a dose of 40 µg/kg and has been shown to freely cross the blood-brain barrier, targeting the hippocampal region. Oxeia noted its hopes that the therapy will address concussions via acting on the underlying neurometabolic dysfunction and axonal injury that occurs. OXE103 administration has been shown in preclinical assessments to restore normal energy metabolism, increase appetite, and reduce the toxic effects of reactive oxygen species, according to the company.

READ MORE: Perspectives From the Journey of the Patient With Rare Epilepsy

“I am encouraged by the interim results we are seeing from the trial,” Michael S. Wyand, PhD, chief executive officer, Oxeia, said in a statement.1 “The interim data provide hope for an effective treatment for the millions of people who suffer ongoing post-concussion symptoms due to a lack of effective treatment options.”

For some time now, ghrelin has been shown to have potential for drug development. A review published by Pradhan et al in 2013 suggested that in addition effects on appetite and adiposity, signaling for the hormone also “plays crucial roles in glucose- and energy-homeostasis, cardioprotection, muscle atrophy, bone metabolism, and cancer,” they wrote. Its multifaceted nature, they suggested, makes ghrelin and its receptor, the growth hormone secretagogue receptor, “highly attractive” for drug development.2 Another review by Colldén et al in 2017, suggested that the hormone showed potential in a number of neurodegenerative diseases, including Alzheimer disease, Parkinson disease, multiple sclerosis, and amyotrophic lateral sclerosis. Colldén and colleagues noted that data from animal studies, specifically in rodents, have supplied “extensive evidence for the efficacy of ghrelin in a variety of inflammatory disorders…as well as neurodegenerative diseases and wasting diseases,” but that few of these approaches have been tested in humans.3

Currently, treatment options for traumatic brain injury (TBI), concussion included, are limited to mostly rest and pain relief. Few therapeutics have been explored for these conditions, though research into brain injury has gained momentum in recent years. Some stem cell and regenerative medicine approaches have been explored in TBI, including SB623, an investigational allogeneic bone marrow-derived modified mesenchymal stem cell therapy developed by SanBio. Data presented at the 2022 American Academy of Neurology (AAN) Annual Meeting, April 2-7, in Seattle, Washington, showed a trend toward the maintenance of functional and activities of daily living improvements in 1-year analysis of the treatment from the phase 2 STEMTRA trial (NCT02416492). Those who received the treatment experienced significant improvements in motor function measured by Fugl-Meyer Motor Scale scores (SB623: 8.3 points [SD, 1.4]; sham: 2.3 points [SD, 2.5]; P = .04).4