In addition to significant associations between executive memory and cognition, baseline neurofilament light levels and age trended toward significance. 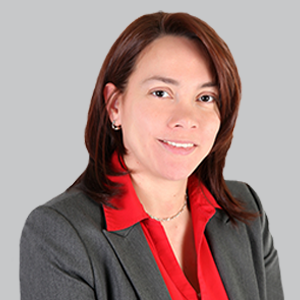 COLBOS, a collaborative project between the Universidad de Antioquia Columbia and Massachusetts General Hospital, in Boston, works with the kindred of approximately 6000 individuals in Antioquia, Columbia, which includes roughly 1500 carriers of PSEN1 E280A. These carriers are genetically determined to develop early-onset AD with almost 100% certainty and have a well-characterized disease course, with mild cognitive impairment occurring at a median age of 44 years, and dementia at 49 years.2

NfL, a promising biomarker for neurodegeneration, was measured with a single molecule array (SIMOA) and was not different between groups at baseline. Additionally, there were no group differences between carriers and noncarriers in baseline memory performance, or total Pittsburgh Sleep Quality Index (PSQI) scores (P >.05). Although, carriers had lower MMSE scores (carriers: mean, 27.90; noncarriers: mean, 28.47; P = .02). Patients were followed up for 10 years, with investigators performing Student’s Mann-Whitney and Pearson ρ correlation analyses.1

After 10 years of follow-up, findings suggested that NfL predicts memory function and overall cognitive status; however, sleep quality assessed on PSQI was not associated with age, memory performance, or NfL levels. Notably, investigators observed associations between NfL levels and age that trended toward significance (P = .06). "Future work using objective sleep metrics and larger samples across the preclinical/prodromal spectrum will allow a more comprehensive examination of these associations,” the study investigators wrote.

The findings build off research published in 2020, in which Quiroz et al evaluated a cohort of 1070 PSEN1 E280A mutation carriers and 1074 noncarriers to evaluate the relationship between plasma NfLs and age and determine the earliest age at which NfL separates between mutation carriers and noncarriers. Findings showed that plasma NfL increased with age in both groups (P <.01) and began to differentiate at age 22 years—22 years before the estimated median age at mild cognitive impairment onset of 44 years—though the ability of plasma NfL to discriminate between carriers and noncarriers only reached high sensitivity close to the age of clinical onset.3

In terms of the future implications of those findings, Quirez et al wrote, "the emerging evidence supports the promise of plasma NfL and other blood-based biomarkers in the detection and tracking of AD and related disorders, the evaluation of risk modifiers for these neurodegenerative diseases, and the evaluation of disease modifying treatments. Additional studies are needed to clarify the generalizability of the findings, the relationship between different blood-based and other biomarkers of AD and related disorders, and the role of these peripheral markers of neurodegeneration in the evaluation of interventions to treat and prevent these disorders, as well as implications for their future use in clinical settings."3