PML incidence in a cohort of more than 6000 patients have decreased by 23% each year since risk guidelines and new serologic testing were introduced. 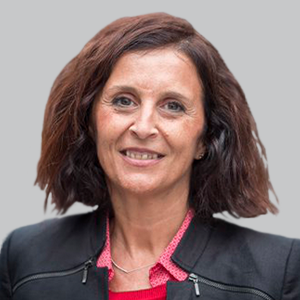 Since risk-reduction guidelines were implemented in January 2013 and the John Cunningham (JC) virus serologic test was introduced, incidence rates of progressive multifocal leukoencephalopathy (PML) in patients with multiple sclerosis (MS) treated with natalizumab (Tysabri, Biogen) have decreased by 23% each year, compared to a yearly increase of 45% prior to their implementation.1

The findings provide more support for education and risk-management strategies while managing patients with MS being treated with disease-modifying therapies (DMTs). Lead author Sandra Vukusic, MD, professor of neurology, and head, MS clinic, Lyon University Hospital, and colleagues wrote that the study suggests, “for the first time, a decrease in natalizumab-associated PML incidence since 2013 in France that may be associated with a generalized use of John Cunningham virus serologic test results.”

Vukusic and colleagues detailed how until this study, the only available data were from natalizumab’s developer. “In December 2017, the incidence of PML was reported to be 4.19 per 1000 patients (95% CI, 3.89-4.49), without substantial evolution over time. This rate is not truly incidence, but rather the number of PML cases divided by the number of exposed patients,” they wrote.

Although Campagnolo et al2 reported PML incidence increases of 0.067 per month until September 2013, and 0.027 from September 2013 to June 2016, a 50% decrease in the slope of the curve, “No methodologic details were given on how incidence was calculated, but we found from a previous paper that each point was computed from the total number of PML cases and the total exposure to natalizumab. Recently updated results confirm a stabilization of this incidence rate since mid-2016."

In late 2018, Clyde E. Markowitz, MD, director, MS Center, University of Pennsylvania, spoke about natalizumab’s risk-benefit profile after the evolution of the JC virus antibody test in a conversation with NeurologyLive, noting that it allows for patients to receive a risk profile based on the test’s results.

“If they’re negative, we would feel more comfortable that this patient is at low risk—not that they’re at no risk, but they’re at low risk&mdash;of developing PML,” Markowitz explained. “If they come back positive, we worry that this is somebody who you might have to take off the drug at some point.”

As a result, the Biogen agent has been utilized in those who were JC virus antibody negative or have a reasonably low index for a long enough period of time. At the time, Markowitz noted that “after 2 years, you worry that’s going to be a problem because that’s when the risk of PML goes up: after 2 years of continuous use of that drug. This has not really been able to show a huge benefit in patients of the progressive phenotype, but at least in the relapsing phenotype, it’s a very good drug.”

Vukusic and colleagues noted that while its incidence decreased, it did not disappear completely, with natalizumab continuing to be used by higher-risk patients when the benefits of better controlling their MS activity exceeded the risk. In total, after 2 years of exposure in high-index patients, 41.9% (13 of 31 centers) systematically halted natalizumab, while 64.5% (n = 20) discussed the balance between advantages and risks as well as alternative drugs in meetings of experts and with patients. Additionally, 19.4% (n = 6) also included a CD62L dose in the discussion.

“Unfortunately, we had no access to the JCV status in this study, as it is not systematically requested in OFSEP,” the authors wrote. “However, the details of real-world practice could be explored in the future by incorporating the risk factors in systematic data collection. The situation could also change rapidly with approval of new DMTs, such as anti-CD20 agents, that are efficacious for inflammation but pose much less risk of PML.”