Episode 17: The Metamorphosis of Migraine: Discovery and Development

Mind Moments, a podcast from NeurologyLive, brings you an exclusive interview with Stewart Tepper, MD, in part 1 of this special 3-part multimedia series on the evolution of migraine care. 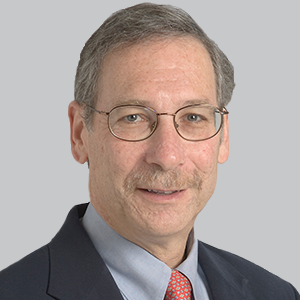 Episode 17 of the NeurologyLive Mind Moments podcast is now live! Scroll down to listen or click here to subscribe on your favorite streaming service.

The Mind Moments podcast features exclusive interviews with leaders in the field discussing the latest research and disease management strategies across the breadth of neurology, including epilepsy, multiple sclerosis, Parkinson disease, dementia, sleep disorders, and more.

The Metamorphosis of Migraine – Part 1: Discovery and Development

In the long periods of research in the treatment of disease, occasionally there are moments of breakthrough—discoveries that unlock knowledge of mechanisms of disease and the subsequent creation of compounds that target these pathways.

For migraine, a condition that has afflicted humans for centuries, these revolutions have unfortunately remained elusive for almost as long.

In this special episode of the NeurologyLive Mind Moments podcast, Stewart Tepper, MD, director of research, Dartmouth Headache Clinic, and professor of neurology, Dartmouth Giesel School of Medicine, brings his more than 30 years of experience as a physician and headache specialist to the forefront as he explores the metamorphosis that has taken place in the treatment of migraine. He reviews the therapeutic advances that have been made since the introduction of triptans, as well as new methods of treatment that are being explored. And while the state of care in migraine is certainly trending upward, Tepper offers some poignant insight into the obstacles that remain as the field continues to push forward toward innovation and optimization.

Since the early 1900s, there have been 3 such innovative moments in the treatment of migraine. First, the introduction of ergotamine tartrate (also known as ergot) in the 1940s, a blood vessel constricting agent which represented the first real treatment for the disease. In the next decade, a related medicine called dihydroergotamine (DHE) was brought to the market, offering additional help to patients.

However, both treatments still fell short as complete therapies. Ergot targeted non-selectively, and thus resulted in nausea and vomiting, with dependence developing in some patients. DHE lacked the dependence association, though its similar non-selectivity resulted in corresponding unwanted adverse events (AEs), such as diarrhea. Additionally, neither ergot nor DHE addressed the symptoms of migraine for the patients taking them.

The third moment came in the early 1990s, with the introduction of the triptan class—a group of 7 medications that made their way through the pipeline over a 10-year period. For many clinicians, this marked a massive milestone in migraine management. The advent of the triptans offered a novel view of the disease and provided physicians a more targeted option for patients.

“It was extremely exciting because, suddenly, people who might have been dismissed could take a triptan and they had a dramatic effect on their migraine, acutely,” Tepper told NeurologyLive. “Previous to that, I don't know whether providers, outside of certain headache circles, even fully believed in the neurologic basis of migraine.”

The introduction of triptans also carried challenges, though. The agents were vasoconstrictive, and thus contraindicated in patients with vascular disease. Additionally, overuse of these agents worsened headache conditions and pushed some patients from episodic to chronic migraine classifications. In light of the great advantages and innovation triptans brought, and the landmark they set, the migraine specialist’s armamentarium remained inadequate.

Although these moments of breakthrough have been limited, in recent years, particularly, there have been signs that the field of migraine care might be headed toward yet another inflection point. The rate of development and discovery has skyrocketed in the last decade, bringing forward a number of new therapeutic targets and approaches for migraine care, as well as introducing new classes of medicine and nonpharmacologic treatments. The landscape, once a barren and desolate wasteland filled with naught but the millions of affected patients, now flourishes with not only promise of a bright future but a variety of treatment options, each offering higher efficacy benchmarks than the last. This evolution of care has also since included advances in preventive therapy as well, with the development of new targeted monoclonal antibodies that, in turn, are being followed by more acute agents and study of additional disease-specific pathways.

Tepper, like many headache specialists, has watched over the years as the field has begun to shift from a place of no respite to one of higher standing, as more and more research built toward an ever-increasing understanding of the biology of the disease. Remarkably, one of the larger steps forward in the past decade—the development of calcitonin gene-related peptide (CGRP) targeted drugs—was born of longstanding theories dating back to the late 1980s, Tepper explained.

These theories about CGRP came to a head in the early 2000s, with the publication of a proof-of-concept study showing that migraines could be terminated by blocking the CGRP receptor. This has also led to the development of a new class of acute oral drugs that provided the advantages of the triptans without the contraindications. Once again, a new step was taken, pushing the field ever forward. Now, the management of migraine is faced with another point of inflection. Development has increased rapidly, all while biologic and mechanistic exploration has yielded promising leads for the future. But for clinicians like Tepper, understanding the historical context of the road traveled thus far helps reveal what lies ahead.