Prevalence of MS and NMOSD in Indigenous Populations Dependent on Ancestry 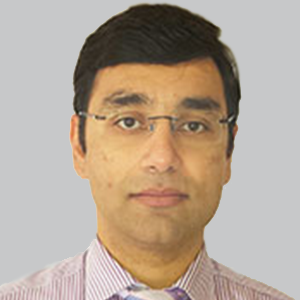 “One advantage of our comparison of ethnic ancestry between NMOSD, suspected NMOSD, and MS is that the process of case ascertainment and data collection was the same for all three groups,” lead author Wajih Bukhari, MBBS, FRACP, Menzies Health Institute Queensland, School of Medicine, Griffith University, et al wrote. “There was also good consistency between our clinically collected MS cohort and the previously collected ethnic ancestry specific prevalence data. The relative prevalence in those of Asian ancestry was 1% of the overall European MS prevalence. Our estimates of prevalence in Pasifika, Aboriginal, and Torres Strait Islander and African populations have wide confidence intervals reflecting the small numbers.”

Clinical details and MR imaging data were collected to then be used with antibody testing for aquaporin 4 (AQP4) when investigating NMOSD, using the 2015 International Panel for NMO Diagnosis criteria, with 68 out of 75 NMOSD cases (91%) testing positive for the antibody. MS prevalence was evaluated with the 2010 McDonald criteria. Prevalence rates for both conditions were compared according to ancestry, then assigned to the corresponding categories: NMOSD, suspected NMOSD, and confirmed MS.

A total of 296 cases of suspected NMOSD and MS were referred, with 31 participants (10%) being excluded as a result of insufficient data for diagnosis, appearance of alternate diagnosis, or if the status of the AQP4 antibody was unknown. Limitations of this study include reduced access to healthcare for several Aboriginal and Torres Strait Islander people, meaning that prevalence may be underestimated as a result of lower testing rates, and life expectancy for this group is approximately 12 years shorter than that of the remainder of the Australian population. Within the Māori population, socioeconomic barriers persist; however, because this group is geographically closer to healthcare services, it may be a factor in higher estimates of prevalence.

According to investigators, studies of this kind may provide clarity on prevalence of NMOSD in the Māori population, compared to MS in different populations. Further study is required to better understand genetic factors that may indicate susceptibility to NMOSD, as investigators did not identify any differences in the clinical phenotype in both Indigenous populations when compared to Europeans.