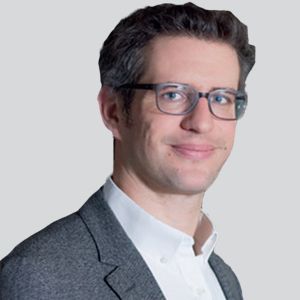 Findings from a retrospective cohort study indicate that plural seizure cycles are highly prevalent among patients with refractory focal epilepsy and help explain the natural variability in seizure timing.

Senior author Maxime Baud, MD, PhD, epileptologist, Sleep-Wake-Epilepsy Center, Center for Experimental Neurology, University of Bern, and colleagues aimed to establish the prevalence, strength, and temporal patterns of seizure cycles over timescales of hours to years in a cohort of 222 adults with focal epilepsy. “The results have the potential to inform the scheduling of diagnostic studies, the delivery of time-varying therapies, and the design of clinical trials in epilepsy,” Baud et al concluded.

Prevalence was defined as the percentage of patients with a given type of seizure cycle, whereas strength was defined as the degree of consistency with which seizures occur at certain phases of an underlying cycle. Seizure chronotypes was defined as patterns in seizure timing evident at the group level.

"The chronobiology of epilepsy is undergoing a renaissance fueled by recent technological developments. Broader use of minimally invasive devices capable of monitoring cycles in the epileptic brain activity could help personalize diagnosis and treatment in epilepsy, and long-term recordings from such devices may help elucidate the mechanistic basis of seizure chronotypes,” Baud and colleagues concluded.

Across 76 patients with significant circadian cycles of electrographic seizures at any localization, researchers observed 5 main seizure peak times, centered around morning, mid-afternoon, evening, early night, and late night. These times corroborated with historical observations, according to the study authors. Regardless of peak seizure time, hourly IEA consistently peaked during the night.

Individuals with a significant circannual cycle of self-reported seizures demonstrated weak to moderate season seizure preference for the fall, winter, spring, or summer, without a group trend for seasonality. Using a wavelet transform on detrended seizure time series, researchers documented an approximately 365-day periodic fluctuation in seizure rate among this patent group.

As for multidien seizure chronotypes, an unsupervised pattern recognition method extracted 5 distinct, recurrent features of IEA fluctuations, corresponding to peak periodicity at 7, 15, 20, and 30 days, as well as 1 feature accounting for more irregular periodicity. However, the authors did note, “these features represent shared periodicities in multidien cycles of IEA within the whole cohort, but a given patient could have 1 or more periodicities, independent of sex or seizure focus.”