Researchers found that infantile epileptic encephalopathy and SEI with migrating focal seizures had the highest mortality rates at 2 years of age. 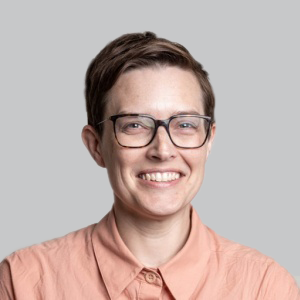 A recent study investigated incidence and etiologies of severe epilepsies of infancy (SEI) and found that 3 quarters of SEIs could be assigned an epilepsy syndrome or “variant syndrome” at presentation.

First author Katherine Howell, MD, clinician-scientist fellow and epilepsy team leader, Murdoch Children's Research Institute, and pediatric neurologist and epileptologist, Royal Children's Hospital and colleagues wrote that “diagnosis of an epilepsy syndrome, with allowance for minor variations, is feasible in most infants and remains clinically useful, potentially helping to guide investigation and prognostication, given important differences in etiology and outcome between syndromes.”

Howell and colleagues investigated 114 infants from Victoria, Australia with SEIs with a median age of seizure onset of 4.6 months (interquartile range [IQR], 5.4), 61 (51%) of which were male. Of these infants, 73 (64%) of which fulfilled diagnostic criteria for epilepsy syndromes and 16 (14%) had “variants” of epilepsy syndromes in which one feature was different or missing, or not all classical features had emerged yet.

At age 2, 46 (48%) infants had ongoing seizures and were on antiseizure medications (ASMs). Fifty had controlled seizures, 25 of which were on ASMs. Out of infants with EIEE, EME, EIMFS, or possible DS, 21 of 24 (88%) had ongoing seizures until death or 2 years of age.

“An epilepsy syndrome diagnosis is still important even in the setting of a known etiology, as many epilepsy genes are associated with a spectrum of epilepsy syndromes that require different interventions. This can include genes that can cause both milder and severe epilepsies, such as the spectrum of SCN1A pathogenic variants, which ranges from DS to febrile seizures. Even within the severe epilepsies due to a single gene, different epilepsy syndromes may show the opposite response to an ASM, such as sodium channel blockers in SCN2A, reflecting the underlying mechanism,” Howell and colleagues wrote.

“Understanding both epilepsy syndrome and etiology is thus essential as knowledge of individual etiologies increases and novel etiology-specific and syndrome-specific treatments become available,” they concluded.