The chief scientific officer of QurAlis discussed how QRA-244 is more specific and potent than retigabine, a treatment currently in clinical studies. 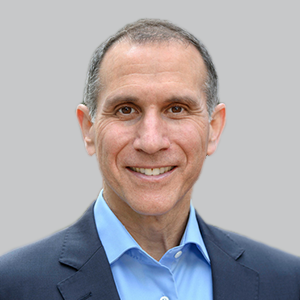 QRA-244 has comparable effects to retigabine (Potiga; GlaxoSmithKline), previously approved for epilepsy and in clinical studies for ALS, at up to 20-fold lower concentration seen in motor neurons differentiated from patient-derived induced pluripotent stem cells (iPSCs). QRA-244 also showed reductions in side effects associated with retigabine including fatigue/somnolence, dizziness and bladder retention in head-to-head pre-clinical studies.

QRA-244 is a selective Kv7.2/7.3 channel opener that targets motor neuron hyperexcitability-induced disease progression, which is estimated to be present in 50% of all patients with ALS. QurAlis is also investigating tank binding kinase protein 1 (TBK-1) as a therapeutic target in ALS.2

NeurologyLive reached out to Daniel Elbaum, PhD, chief scientific officer, QurAlis, to learn more about how QRA-244 could be a promising option for slowing the progression of ALS. Elbaum discussed current and upcoming studies in ALS that QurAlis is conducting.

NeurologyLive: What treatment options currently exist for slowing the progression of ALS?

Daniel Elbaum, PhD: Unfortunately, there's not that much out there that actually slows the progression of ALS. There are two approved therapies, riluzole and radicava, and they do slow the progression of symptoms, maybe 10, to 30%. But they don't really extend life by a significant amount. Patients still progress and it remains a completely fatal disease.

Could you give an overview of the mechanism of QRA-244?

So QRA-244 is currently a non-clinical compound, but it is a selective Kv 7.2/7.3 opener. Kv7 is a member of the potassium channel family that is important in the restoration of the resting potential of motor neurons. If it doesn't function properly, neurons become hyper excitable, and hyper excitability leads to a number of detrimental things, some of which are visible to the patient, like fasciculations, which are these very small muscle spasms that ALS patients get. And the other thing that over-excitation of a neuron can lead to is cell death. And neuronal death is, of course, the underlying degeneration that leads to fatality in ALS.

How does QRA-244 compare to retigabine, a compound in clinical trials that’s shown efficacy in Kv 7.2/7.3 opening?

So retigabine has been approved for epilepsy and studied in ALS, but it’s not currently available in the marketplace for ALS. We've shown in non-clinical studies that QRA-244 is much more selective than retigabine. As a result of that, we anticipate it to be much safer than retigabine. We studied the compounds head-to-head in animal models to investigate a number of different side effects that have been presented clinically, and we've shown that QRA-244 does not present the same side effects. In addition, QRA-244 is much more potent. At concentrations approximately 20-fold lower than retigabine, it shows efficacy in an animal model of excitability. So, we expect that it will be both more potent and safer than retigabine has been shown to be in the clinic.

What current and upcoming investigations is QurAlis conducting in QRA-244?

At the moment, we're conducting regulatory safety non-clinical development studies. We’re going through both in-vivo and in-vitro studies right now. We're expecting to start clinical studies for QRA-244 at the end of this year or the beginning of 2022.

Can you tell me about TBK-1, another target for ALS that QurAlis is investigating?

TBK-1 is involved in a number of processes, but most notably in autophagy. It sits at a big regulatory crossroads in the autophagy pathway, and in fact, if you look at that pathway, there are four other genes in it that are associated with ALS, including C9orF72, p62, ubiquitin. This is clearly a pathway that's important to ALS, so we're working on a way of regulating autophagy, particularly with this pathway. We’re conducting mostly in-vitro studies, but a number of in vivo studies are also progressing, so we'll see. It's a very exciting project for us, though.

Is there anything else you'd like physicians to know?

QurAlis is the “ALS company,” and from the outset we’ve taken the view that ALS is not going to be cured with a single therapy. There are too many different players in in this disease. It's going to be more like cystic fibrosis where multiple therapies are required. We're attacking ALS on multiple fronts, not just a single therapy or mechanism. In doing so, we believe that we will eventually knock off all of these subpopulations within the ALS patient community.