Patient data were evaluated over a 3-year period, with analyses from baseline, year 1, and year 2 presented at previous CMSC meetings. 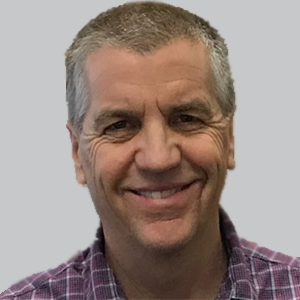 At baseline, investigators, led by Brian Hutchinson, PT, MSCS, director, Multiple Sclerosis Achievement Center (MSAC), Dignity Health, Sacramento, included a total of 110 patients with MS who participated in weekly wellness sessions via the MSAC. Patient-reported outcome (PRO) measures were used to determine improvements in self-reported disease impact and QOL over a 3-year period. A total of 86 patients were included in the 2-year data, collected in January 2019, and 62 patients were included in 3-year data, collected in January 2020.

When comparing the initial analysis to 3-year data, results showed that some effects emerged at the 1-year mark and were then sustained through a 3-year period, while others did not emerge until the 2-year follow-up mark, though these were also maintained at 3 years.

Investigators found statistically significant improvement in several Neuro-QoL sections, including Ability to Participate at year 2 (P = .02) and at year 3 (P = .004), as well as Social Roles at year 2 (P = .001) and at year 3 (P = .004). Significant changes were also seen in the MSSE (P = .02) and the MSIS (P = .03), according to 3-year data analyses. It was noted that Depression and Emotional Behavioral Dyscontrol were statistically significant when compared to scores at the 1-year mark, but scores were not significant when comparing with baseline measures. At both the 1-year and 2-year analyses, investigators found correlations between PRO measures of Self-Efficacy, Ability to Participate, and Positive Affect.

The MSAC programs were held weekly, with evaluations accounting for a portion of members’ participation. Designed to speak to physical, cognitive, and social well-being of patients with MS, the programs included both individualized and group exercise, cognitive stimulation, education, as well as socialization and outings in the community.