Martina Bebin, MD, MPA, professor of neurology, University of Alabama at Birmingham Epilepsy Center, discussed Infantile Spasms Awareness Week, the strides made within the field, and the emphasis on early and accurate diagnosis. 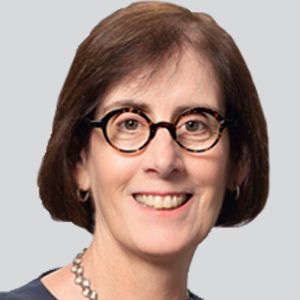 Infantile spasms, a specific type of seizure also known as West Syndrome, occur within the first year of life, typically between 4 to 8 months. The seizures primarily consist of a sudden bending forward of the body with stiffening of the arms and legs. These spasms tend to occur upon awakening or after feeding, and often occur in clusters of up to 100 spasms at a time. EEGs measuring brain waves are usually performed to ensure a diagnosis of infantile spasms; however, doctors may also conduct other blood, urine, and genetic tests to look for the cause.

Infantile spasms have an incidence of 1.6 to 4.5 per 10,000 live births, estimating out to about 2000 to 2500 new cases per year. Numerous studies have been performed to determine the likelihood of males vs females with the disorder, with some indicating a slightly higher rate of in males. Additionally, these specific types of seizures can be more commonly found in rare epilepsy disorders such as tuberous sclerosis complex and Lennox-Gastaut syndrome.

Each year, during the first week of December, the worldwide medical community comes together to celebrate Infantile Spasms Awareness Week, a dedicated effort to raising awareness for the condition. As part of the efforts, NeurologyLive® sat down with epilepsy expert Martina Bebin, MD, MDA, to discuss some of the knowns and unknowns about infantile spasms and their treatment. Bebin, a professor of neurology at the University of Alabama at Birmingham Epilepsy Center, provided insight on the notable advances in detection of these spasms, the importance of early intervention, and the role of genetics.

NeurologyLive®: What are some of the most notable signs of infantile spasms?

Martina Bebin, MD, MDA: Infantile spasms is a specific type of epilepsy that is very serious, and can have significant detriment to the child and their development. It typically presents itself before a year of age, usually around between 6 and 8 months of age, and is so critically important to recognize it when it begins, and to seek access of medical care, initially with your primary [care physician] and then quickly by a neurologist.

In what ways has the recognition, detection, and treatment of these spasms improved?

With the advent of cell phones and be able to take videos on your phone, that's had a huge impact on the length of time, from the onset of seizures to the child receiving medical attention. With the family's ability to go to the internet and research what an infantile spasm looks like, it's been very advantageous. When I think back 10 to 20 years ago, it may be typically a month to 3 months of a child having this type of seizure before they saw a neurologist. Now, it's in less than a week. That's been a huge advance. I think there's a great list of causes of infantile spasms, and one of them is genetics. There's many genes in genetics that cause epilepsy, and the advances and diagnosis of genetic conditions has very much impacted our speed of determining the etiology of spasms and also directing the plan of care.

The classic scenario is many families may think that the baby's having colic. It can be confused for that, which is why the video was so important. Not all spasms look the same, they may be a flexion motion at the trunk with the arms coming close to the body, or it may look like a startle, very much like a moral response. The other thing is sometimes spasm start very subtly with just a prolonged eye closure. That comes in clusters and usually they happen when falling off to sleep or awakening from sleep, and they evolve over days to weeks. Because there's been more interest in studying infantile spasms, we've expanded our awareness of how subtle they can be when they first begin.

How would you assess our treatment options for infantile spasms?

For those patients who have spasms not related to tuberous sclerosis complex, the medications of choice are ACTH or prednisolone as first line. If you have tuberous sclerosis complex, the drug of choice is vigabatrin, because it clearly has strong efficacy in that patient population. It's really important that parents work with a pediatric neurologist, who is very familiar with the treatment options. And again, it gets back to the etiology, if that can be determined of the cause of the seizures.

How are we working towards getting earlier and faster diagnosis?

One of the big inroads has been on awareness, parent recognition, and that they need to seek medical attention, because that's the key. Also, in early genetic diagnosis of patients who are at risk for infantile spasms, to have them connected with a neurologist who can work with the family and have them understand what's at risk particularly in that first year, and that they have prompt access to a neurologist to begin treatment as early as possible. There's lots of inroads being made from a genetic standpoint, as well as the EEG. In particular, in tuberous sclerosis, there are features that emerge when we do serial EEGs, many times weeks, maybe even months before the first spasm would appear. And having that ability to recognize the babies that are at risk is a huge step forward.

What potentially negative effects can arise from late diagnosis?

We worry about it because infantile spasms are unique to that early infant population. It’s a reflection of the immaturity of the nervous system and how those seizures manifest. We know over time that they evolve and change if they're not controlled. You're running a greater risk that the patient will have uncontrolled epilepsy down the road, and that influences very directly the development of the child over time. We know the poorer the seizures are controlled and don't respond to medication, the greater the risk for neurodevelopmental problems, as well as the risk for autism.

What types of prominent infantile spasms-related research should the community be aware of?

I think there are some new compounds that are coming on the market or in clinical development. What's on the horizon is really the translation of precision medicine, particularly to this infant population. You know the etiology of the spasms and there are specific therapeutics that are being developed that target the spasms or are even trying to, in some ways, impact the for epilepsy based on the diagnosis.