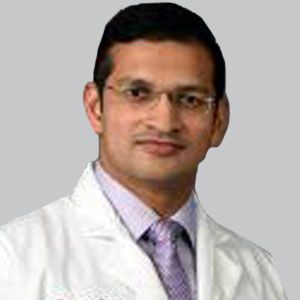 Of the 2 abstracts presented, the first included data from a study of 1388 patients, 1251 from the emergency department (ED) and 137 inpatients (IP) who received head CTs on the ED scanner at a level 1 trauma center. Rapid ICH, an imaging tool derived from RapidAI, was accessed by initial interpreting emergency radiologists or neuroradiologists. Each case was reviewed by a board certified neuroradiologist who had access to their initial report Rapid ICH output, and prior exams. If there was a disagreement between readers, a third reader adjundicated the result and their decision was considered final.1

READ MORE: Understanding the Precursors of Neurological Brain Diseases and Catching up With Heart Disease

"RapidAI is basically an artificial intelligence software that can detect whether there’s any bleeding or blood on noncontrast CT head scans. Secondly, it can also detect if there’s any large vessel occlusion in the brain,” Russell Cerejo, MD, vascular neurologist, Allegheny Health Network and study author, told NeurologyLive®. "It sort of bypasses the radiologist and spits out the results to a phone or the back system. Obviously, the radiologist reads the scan over to confirm that’s what we’re seeing, but it’s so quick and takes somewhere less than a minute to get the scan to your phone to tell you if there’s bleeding in the brain or if there’s large vessel occlusion. That can help expedite stroke therapy."

The second study evaluated Rapid LVO, another subtool of RapidAI, on its ability to detect LVO and its impact treatment time and clinical outcomes. Led by the same authors, 1203 patients presenting with stroke symptoms who received CTAs with Rapid LVO were included. Radiology exams were considered positive if LVO (ICA/M1 or M2 occlusion) or HGS was found.2

Those eligible for mechanical thrombectomy (MT) were transferred to a comprehensive stroke center to receive treatment. CTA to groin puncture time was calculated for 1-year time intervals before and after Rapid LVO installation for patients undergoing MT. After deployment of Rapid LVO, the CTA to groin puncture time was significantly lower (93 minutes vs 68 minutes; P <.05). Relative to those who didn’t receive Rapid LVO, a higher proportion of patients achieving functional independence, indicated by modified Rankin Scale (mRS) scores of 2 or below (P <.04). Additionally, these patients also demonstrated lower average 90-day mRS scores (P <.02).